The Salton Sea was created back in 1905 when Colorado River breached an irrigation diversion structure and water ran into the then-dry Salton Sink for the next two years.
386917 min
SUBMIT YOUR WORK
HoursMinutesSeconds

The Salton Sea was created back in 1905 when Colorado River breached an irrigation diversion structure and water ran into the then-dry Salton Sink for the next two years.

Today the Salton Sea is in a battle for its survival with man and nature.  In the 50s and 60s it became a watersports and tourism destination.  Cities were planned, marinas were built and hotels and resorts flourished.

There were yacht clubs, speed boat races, and Hollywood stars drove the 45 minutes south east from Palm Springs to have fun in the clear blue water.  Communities grew up around the Salton Sea shoreline: Desert Shores, Salton City, Salton Sea Beach with its marina.  Over on the east side of the lake were the North Shore Yacht Club designed by desert modernist Albert Frey, the resort town of Bombay Beach and the Niland Marina.

Around the time that Interest in the Salton Sea started to decline, two hurricanes in the 1970s came up from the Gulf of Mexico and ripped through the area.  Development ceased and tourists found new destinations, further devastating the communities.   Since the 1990s, the sea and its surrounding buildings have been left virtually ignored and unattended, save for the few thousand people who hang on to life on the edge of the sea.  Yet it is still a beautiful place in its own right.  It is a huge bird-way for 80% of the worlds White Pelicans and 90% of the Eared Grebes.

It is a world with history and beauty that deserves to be saved. It is a spectacular landscape of desert and clear blue sky, yet at the same time it has been ravaged by nature and neglect.  The remains of mankind are rotting and being swallowed by the salt and the sea.  The beaches mostly consist of ground up fish bones.  As the sea evaporates the vast community of Tilapia are left on shore to rot and to be crushed into sand.  The dam that was in New Mexico has been closed for many years, never to be opened again.  The only water that has fed the sea is from agricultural runoff and the occasional passing rainstorm.  The sea is evaporating and sinking at an alarming rate.  Once the sea drops to reveal the seabed, all of the naturally occurring toxins, combined with toxins from fertilizers will be swept up into the air and, with the prevailing east to west desert winds travel to Palm Springs and beyond to Los Angeles and San Diego.  It is an environmental time bomb for Southern California.

This project covers a two-year time period.  The towns on the shore are constantly changing so that every visit reveals further devastation or newly uncovered vestiges of the past.  The ravages of nature continue to take their toll on the sea.  Jim Riche wanted to show that there is a beauty to the sea and the surrounding areas in spite of the decay.  He wanted to raise awareness of the problems faced by millions of people if the evaporation is left unchecked.

Using decay to create images of its beauty is a means to catch the eye, to make the viewer look deeper into the sea and what it once was. The house trailer that was once a home, the single chair that was once used to watch the sunset, the silo from a previously prosperous farm, the old Bait Store that serviced a thriving sport fishing industry.  They are all the images of what went before, now crumbling into the sands.  It still maintains a beauty with the thousands of White Pelicans wintering there, the sand dunes on the west coast of the sea, the mountains to the west and north, the blue skies and reflections on the sea.

Jim Riche’s hope is that this series will bring people to the Salton Sea to understand what was there before, and to care for what happens to it in the future, to help protect the 80% of the world’s White Pelicans and the 95% of the continents Eared Grebes that all winter on the sea.  It is a place worth saving.

Jim graduated from Rochester Institute of Technology with a BFA in Photography as a Fine Art.  He quickly transitioned into the film animation and visual effects world.  He was a founder of Broadcast Arts that created PeeWee’s Playhouse. He went on to be an Executive Producer of Visual Effects at Digital Domain, Ntropic and Blur working on films such as Tron, X-Men First Class, Underworld and recently Deadpool.  Over the last 6 years he has turned his efforts back to photography and works out of his Mid-Century Modern home in Rancho Mirage, CA. [Official Website] 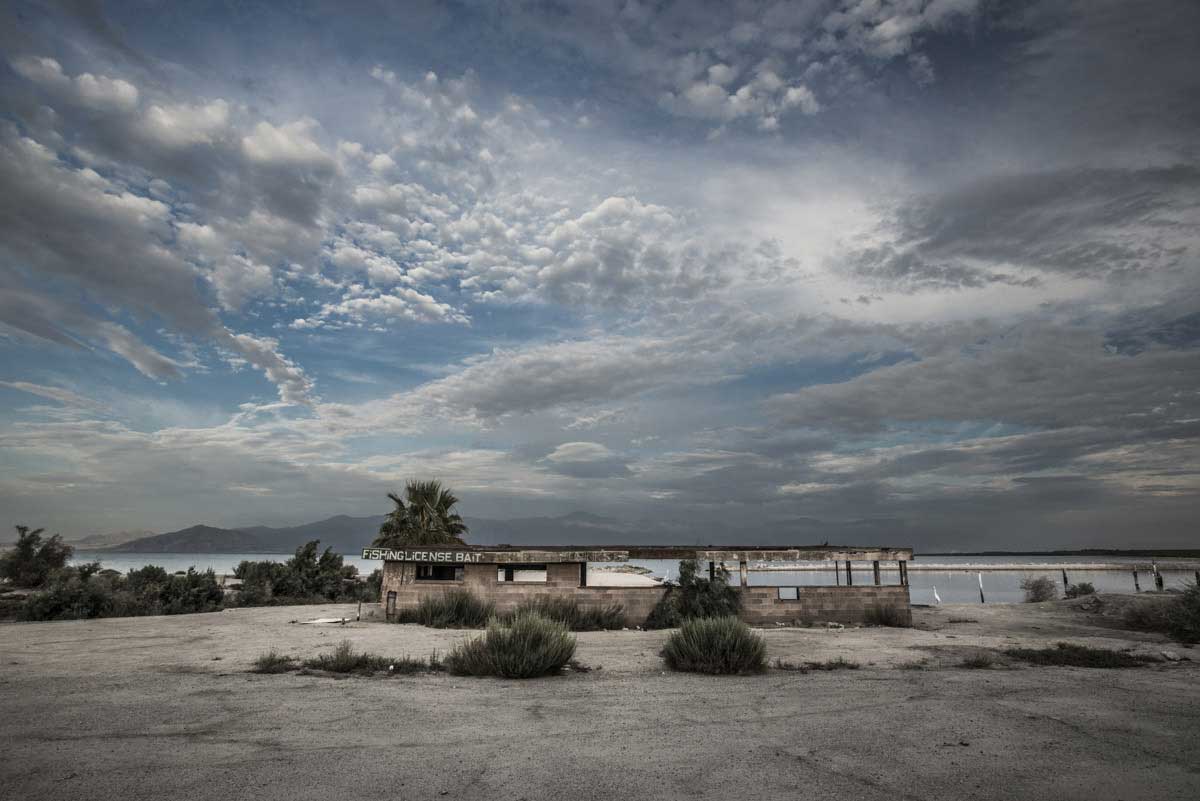 Anatomy of a Photograph by Fang Tong