Out of Season: The Vanishing Architecture of the Wildwoods (Booth-Clibborn Editions, distributed in the U.S. by Abrams) collects extraordinary color photographs by Philadelphia-based artist Mark Havens.
25837 min
SUBMIT YOUR WORK
HoursMinutesSeconds

Out of Season: The Vanishing Architecture of the Wildwoods (Booth-Clibborn Editions, distributed in the U.S. by Abrams) collects extraordinary color photographs by Philadelphia-based artist Mark Havens.

The works illustrate the artist’s ten-year exploration of the architecturally evocative motels of Wildwood, a small barrier Island located at the tip of southern New Jersey. The photographs are presented in a linear sequence, from morning to night, as if to echo the fading light of a once vibrant destination.

Through a rare combination of economics, geography and chance, the island of Wildwood contains a national treasure: the highest concentration of mid-century modern hospitality architecture in the United States. Accompanied by critical essays from Joseph Giovannini and Jamer Hunt, Havens’s photographs successfully capture the kitsch and nostalgic aesthetic of Wildwood’s unique, modernist architecture. Built in the late 1950s and early 1960s, Wildwood’s motels were developed in anticipation of the arrival of the Garden State Parkway, the four-lane toll road that would ultimately run the length of New Jersey, bringing with it a flurry of tourists from the surrounding states.

The architecture of this popular Jersey Shore resort was heavily influenced by the modernist styles that populated Florida at the time. Modeled on American middle-class ideals and architectural make-believe, the constructs were imbued with the culture of the moment: space,travel, cars, rock ‘n roll, Polynesian influences, and neon signs spelling out names like Satellite, Astronaut, Bel Air, Kona Kai, and Waikiki. Until recently, a short three-month tourist season combined with a working class-veneer meant that the motels remained immaculately preserved—frozen in time—for over four decades. Now, a substantial number of motels have been demolished, and many that remain face an uncertain future.

As Jamer Hunt writes, “The visual quietude of Haven’s work invites us to linger a bit longer on elements [of the architecture] that we might otherwise have ignored. And their strong cinematic quality—their emptiness—never lets us forget that these were dreamscapes for millions of visitors.” By presenting these striking images of motels that remain in Wildwood, alongside those that were photographed at the end of their last season, just before demolition, Out of Season celebrates the vanishing architecture of a bygone era. 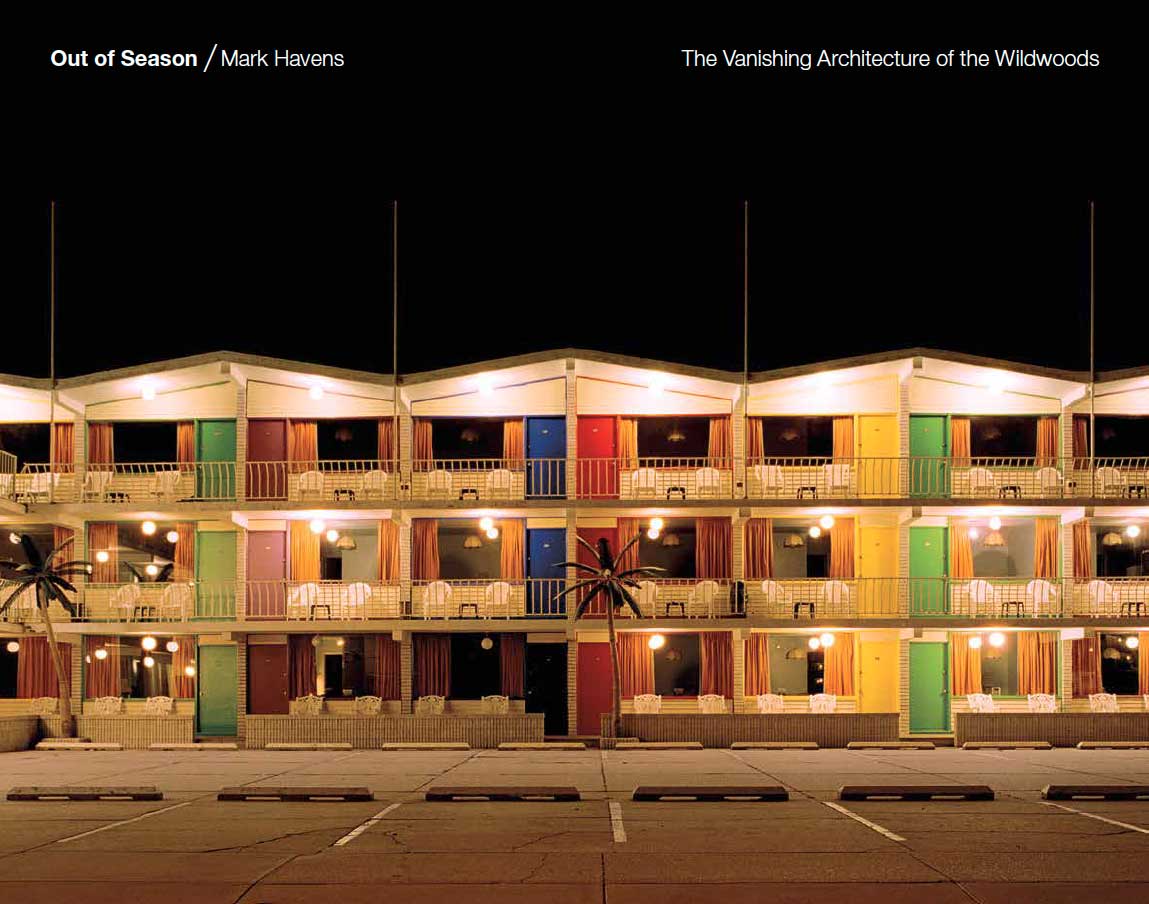 Mark Havens is an artist whose work has been published and exhibited internationally. Reviews of his work have appeared in publications from The New York Times to The Paris Review as well as in such venues as LensCulture, Flak Photo, Curated and Tiragraffi. In addition to his studio practice, Mark is a professor at Philadelphia University.

Joseph Giovannini has written on design and architecture for three decades for such publications as The New York Times, Architectural Report, Art in America, Artforum, and Architecture Magazine. He has also served as the architecture critic for New York magazine and the Los Angeles Herald Examiner.

Jamer Hunt is the director of the Transdisciplinary Design Graduate Program at Parsons the New School for Design. He is a design blogger for Fast Company and is co-founder of Design Philadelphia, now the largest city-based design festival in the U.S.

Out of Season: The Vanishing Architecture of the Wildwoods

I Never told Anyone by Bénédicte Vanderreydt