Taiwanese aborigines are optimistic. They accept life as it is, and live in harmony with nature. Their languages are also the very origins of Austronesian languages.
255315 min
SUBMIT YOUR WORK
HoursMinutesSeconds

Taiwanese aborigines are optimistic. They accept life as it is, and live in harmony with nature. Their languages are also the very origins of Austronesian languages.

However, as the Dutch East India Company, set its foot on Taiwan in the early 16th century, a succession of ethnic conversion, integration and changes were introduced. The Taiwanese aborigines were ruled under external forces for 500 years; from the colonization of the Netherlands in 1922, the Qing Dynasty in 1683, and the Japanese, under whose rule they have been persecuted, oppressed, and controlled. When the KMT (Kuomintang, often translated as the Nationalist Party of China) retreated to Taiwan from China, the aborigines continued to try to survive and to coexist with other ethnic groups. Before the KMT, the Taiwanese aborigines had never been exposed to Chinese Confucian culture. After the KMT gained its legitimacy, it ruled with an iron fist, and implemented various policies to expedite the subjugation of the aboriginal people and eradicate their traditional culture. In terms of education, propaganda was used to insinuate that the aboriginal culture was barbaric. The KMT had required that aboriginal people speak only in Chinese, forbidding them from speaking their mother tongue, and forced them to adopt Chinese names.

Those policies had drastically changed the traditional structure of the aboriginal people, and affected their minds and their understanding of their own ethnicity. This led to feelings of inferiority and confusion, and the denial of their own culture and bloodline, thus resulting in their acceptance of the Han Chinese culture. The aborigines were once the group of people that were closest to nature. However, as the wheel of time turned and the society changed, they were forced to abandon their traditional culture and beliefs, and eventually succumbed to the tides of history. There only exist a small number of people that still abide by the ancestral teachings and culture today. Faced with the dominant Han culture, young aboriginal people are still confronted with self-doubt and denial of the value of their traditional culture even now, to the point where they do not dare to acknowledge their own identity. The Han people, with their advantageous ruling position, had plundered the indigenous people of the land and properties that were supposedly theirs. Indigenous people were given different names in different colonial periods, all of them derogatory and discriminatory. It wasn’t until the early 1990s when the terms were rectified, and officially corrected to Aborigines – the people who originally live here. Taiwan (Formosa) was an extremely beautiful island, and is said to be the origin of Austronesian languages.

The ancestors of the aborigines were the guardians of Formosa; they lived on this land with modesty and discipline. They were humble, optimistic, simple, and courageous. However, the lack of opportunities for education had left them in a disadvantage when faced with one after another invasion. In the course of history, they were used, oppressed and slaughtered. In this series of photography, I try to present the uniqueness and cultural characteristics intrinsic to the aborigines. Within the frame, what the works are focused on is the aboriginal people as a whole, rather than individuals or certain figures, as the issues given rise to by historical incidents are not unique to just one group of people or just certain individuals. When I photograph the subjects, I intentionally blurred their facial features and avoid presenting their face in its entirety in the picture. Through long exposure and simulation, I seek to break the bond of time and present the lives of the aborigines’ ancestors on this island with the images captured in the present. From their initial carefree way of life where they lived in harmony with nature, to the oppression forced upon them by their invaders, the works portray the fundamental changes in their way of life and their mental state. Unfortunately, the issues presented in the works still exist today – from the most basic matters as habitation, unemployment and education, to high suicide rate, self-doubt and the denial of one’s own cultural values. The ideas that aborigines tend to be less educated and inferior to the Han people still persist today. [Official Website] 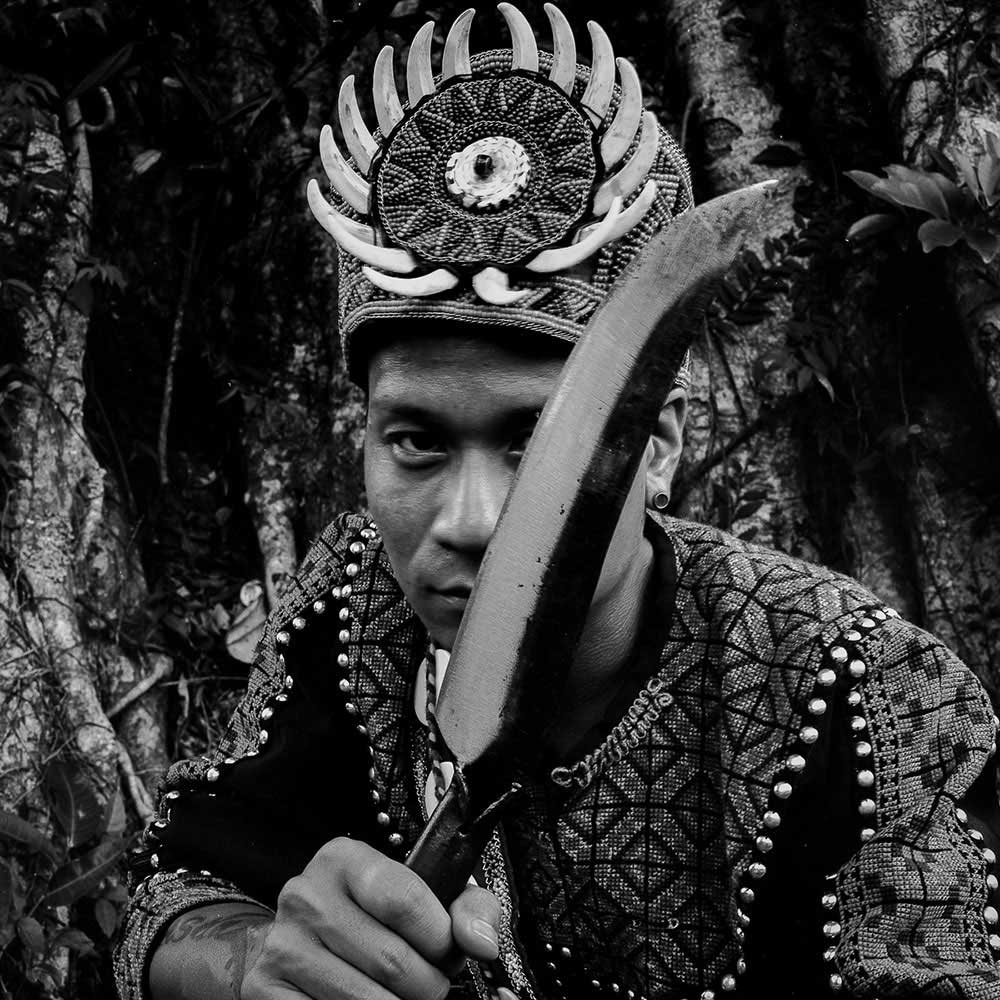