Richard Avedon, member of the Royal American Academy of Arts and Sciences, they say that his portraits helped define the image of beauty, elegance and culture; He was the quintessential fashion photographer and a master portraitist.

Richard Avedon, member of the Royal American Academy of Arts and Sciences, they say that his portraits helped define the image of beauty, elegance and culture; He was the quintessential fashion photographer and a master portraitist.

His portraits are overwhelmingly simple: a face on a white background and an infinite force because, through long photo sessions that could last up to 4 hours, Avedon got the portrayed to lose the tension they felt, therefore showing their true selves before being immortalized by his camera.

Richard Avendon was born on May 15, 1923 in New York, United States, from a Jewish-Russian family. His first approach to the world of fashion, and photography, date from when he was still a child. His mother was fond of photography, and was her main hobby. Meanwhile, his father owned a clothing store. 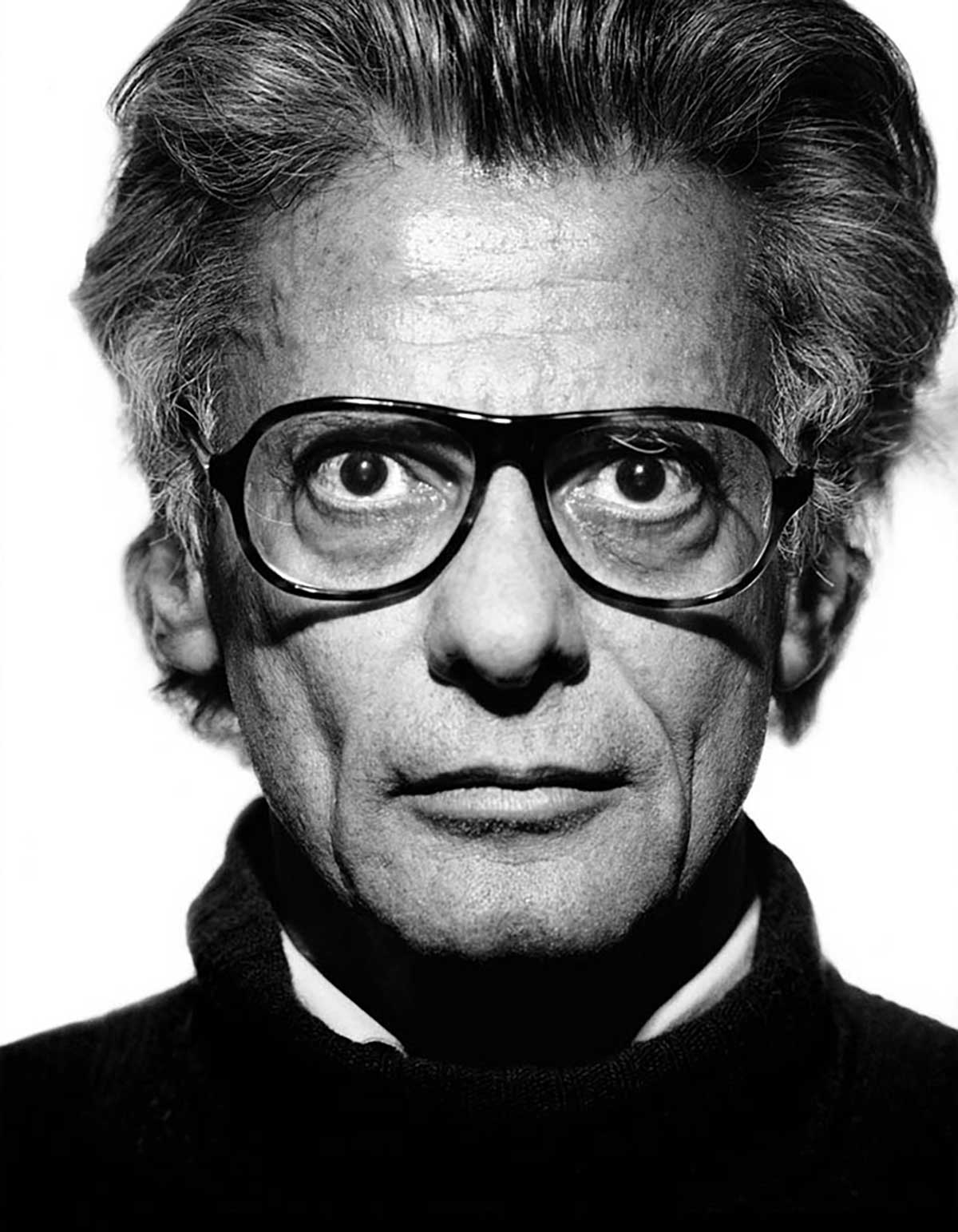 He first studied philosophy at Columbia University, then devoted himself to self-taught photography. At twelve years old, he became part of the YMHA Camera Club with his Kodak Box Brownie.

Unwilling and always in search of strong emotions, in 1942 he abandoned his studies to join the Navy as an autopsy and identity photo photographer.

His father gave him a Rolleiflex as a farewell gift when he decided to join the navy. He was admitted and commissioned to take identification photographs of all staff in his capacity as Photographer’s Mate Second Class, making close to one thousand portraits.

“There’s always been a separation between fashion and what I call my “deeper” work. Fashion is where I make my living. I’m not knocking it. It’s a pleasure to make a living that way. It’s pleasure, and then there’s the deeper pleasure of doing my portraits. It’s not important what I consider myself to be, but I consider myself to be a portrait photographer.”

In the late ’40s, he made a trip to Paris that meant an important change in his photographic style. It was in that city that he began to start with that new, elegant and classic style; but with a movement and a glamor not seen before.

Photographing something prepared but with an emotional staging was the first of the photographic revolutions of the time. Bringing together street photography with fashion photography was something not really seen before.

Although he was not the first to do so, he was the one who knew best how to capture and make use of this style. His elegant but eccentric scenography made fashion photography something more similar to the theatrical world than the catalog photography seen to date.

“Snapshots that have been taken of me working show something I was not aware of at all, that over and over again I’m holding my own body or my own hands exactly like the person I’m photographing. I never knew I did that, and obviously what I’m doing is trying to feel, actually physically feel, the way he or she feels at the moment I’m photographing them in order to deepen the sense of connection.”

Although fashion seemed to be his forte as a photographer, he also wanted to show the world his concerns regarding the social issues of the date. During the year of 1963, he photographed the Movement for Civil Rights in the southern United States, collaborating in the following years with James Baldwin in the book ‘Nothing personal’.

In 1965 he moved from Bazaar to Vogue. In the late 1960s and early 1970s, Avedon made reports on military leaders and victims in the Vietnam War and anti-war demonstrations in the United States for the New York Times.

in 1974 he exhibited at the MOMA a series on the slow death of his father Jacob Israel Avedon, upsetting critics and the public. It is a moving testimony to the inevitable decline of a strong personality, as well as a tender testimony of the relationship between father and son.

In 1976 he published his anthology ‘Portraits’. In 1979, he began what would become one of his most important works. On behalf of the Amon Carter Museum, he spent five years touring the western United States to document people who would never figure in the history of his country.

In this work, titled ‘In the American West’, he introduces us to farmers, miners, tramps, prostitutes, housewives, prisoners, rodeo cowboys or employees of small offices, in large-format photographs taken in daylight, outdoors and as always, against a white background.

During the Christmas of 1989, he went to Germany to document a city divided into two different worlds, right on the night when the Berlin Wall fell. In 1991 he received the Hasselblad Foundation International Prize.

He died on October 1, 2004 from a cerebral hemorrhage while conducting a photo shoot for The New Yorker (“On Democracy”) that documented the entire electoral process of that same year.

“A photographic portrait is a picture of someone who knows he’s being photographed, and what he does with this knowledge is as much a part of the photograph as what he’s wearing or how he looks. He’s implicated in what’s happened, and he has a certain real power over the result”