Flyover Country, the moniker given to the middle part of America that so many people view as boring that it is simply flown over while going from one coast to the other, to places where much more interesting things happen.
248914 min
SUBMIT YOUR WORK
HoursMinutesSeconds

Flyover Country, the moniker given to the middle part of America that so many people view as boring that it is simply flown over while going from one coast to the other, to places where much more interesting things happen.

From above it appears as a monotonous quilt of sectioned off square miles stretching from horizon to horizon, Jefferson’s grid system being perfectly suited for the relatively flat landscape of the Midwest. What can’t be seen from a plane however is the details and the people that make Flyover Country much more interesting than it first seems. Flyover Country is perhaps one of the most misunderstood parts of America. Some have a negative view, seeing it as home to over-zealous religious types, gun racks, Wal-Marts, and nothing really to see (other than Mt. Rushmore); alternatively some have a romanticized version of Flyover Country, one of quaint and prosperous small towns, friendly farmers on antique tractors, and the American cowboy riding a horse into the sunset. The truth is far more complex than a few ugly stereotypes or a Terry Redlin painting. This project explores the complex people and places of Flyover Country. There are quaint small towns, but there are also towns where every building is boarded up; there is no one archetype that represents the people living in Flyover Country, the personalities are as diverse as any large city; there is a subtle beauty to the landscape, if you can learn to appreciate how it’s different from mountains and forests; and there are indeed Wal-Marts. These are the details that can’t be seen from 40,000 feet, which is why I prefer to drive through Flyover Country.

Lewis Ableidinger (b. 1983) grew up in the small town of Kensal in central North Dakota. Lewis spent part of his childhood in town and part on a farm north of town, graduating from high school in 2002 in a class of seven. At a young age he became interested in photographing the small towns and rural landscape he grew up in, a landscape that was undergoing drastic changes as young people left for better opportunities and small towns dried up. Eventually his photographic interests spread beyond the boundaries of North Dakota to encompass much of the upper Midwest of the United States. The agricultural, flat, and mostly treeless landscape of the Midwest was a challenge to photograph but Lewis was interested in this rural part of the country that few people visit and most fly over.

In 2002 Lewis began attendance at Minnesota State University Moorhead where he received a Bachelor of Science in 2006 and a Bachelor of Music in 2007. While attending MSUM he had the opportunity to study photography under Wayne Gudmundson who was well known for his large format black and white photography of the Midwest. Studying under Mr. Gudmundson changed Lewis’ direction in photography from simply documenting places to a more art oriented approach.

After finishing college Lewis continued to photograph using various formats including digital, medium format, and 4×5, documenting abandoned Minuteman Missile silos and facilites in North Dakota, modern railroad depots, and the people and places of the Midwest. His current project, “Driving Through Flyover Country,” focuses on the rural towns and interesting people in the Midwest, the things that people miss when just flying over the area.

In 2008 Lewis began a career in the railroad industry that had him working out of North Dakota, Minnesota, and Wisconsin, pursuing his photographic interests as time allowed. Lewis currently resides in Harvey, ND, and works as a locomotive engineer on Canadian Pacific Railway. Lewis has had his work exhibited in numerous group exhibits including the Dana Gallery in Missoula, MT, the Center for Fine Art Photography in Ft. Collins, CO, Station Independent Projects in New York City, and theprintspace in London, England. [Official Website] 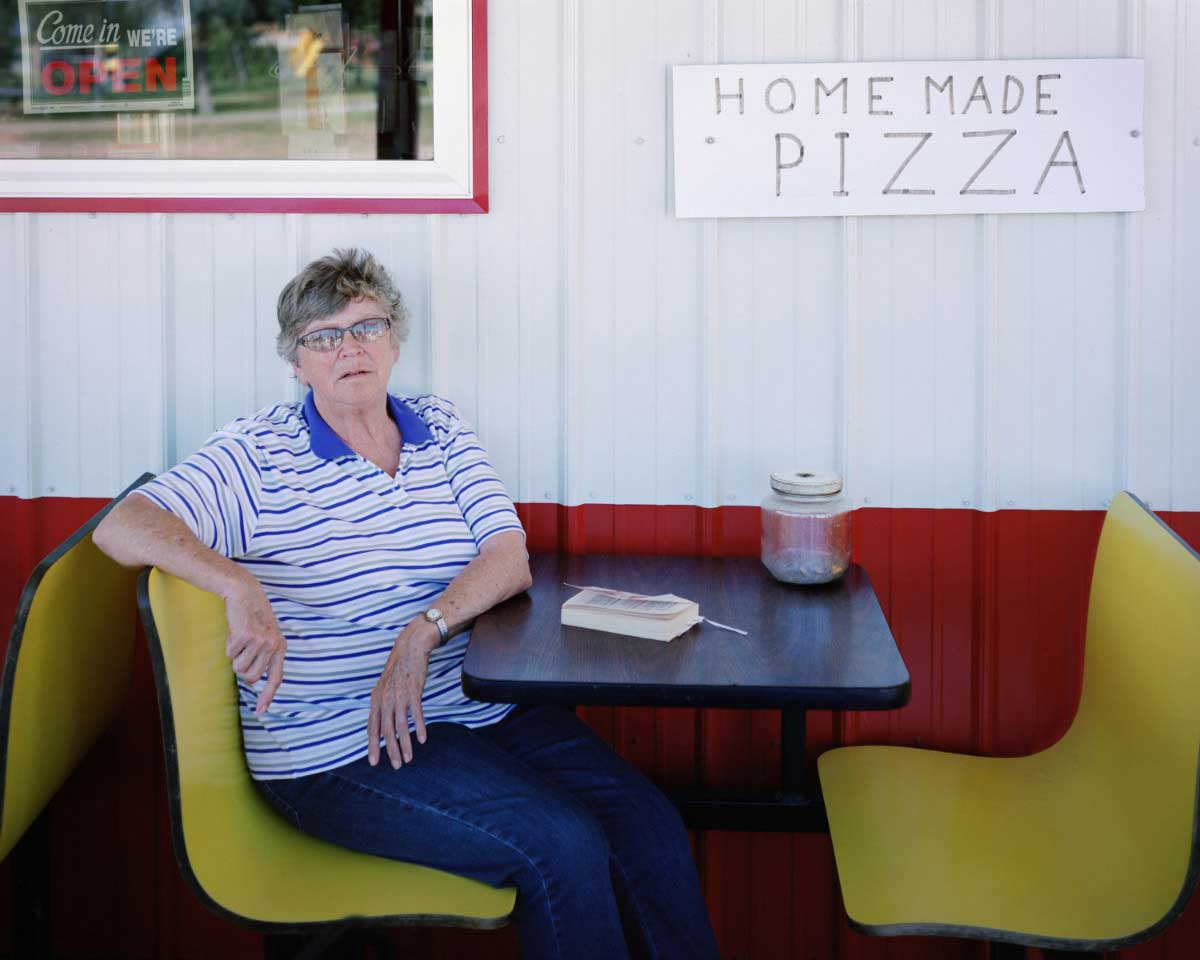