I work in the traditional darkroom and make silver gelatin prints just like old days. Prints are then toned in diluted sepia toner for archival purpose and split-tone-like tonality.
59648 min
SUBMIT YOUR WORK
HoursMinutesSeconds

Born in Sapporo, Hokkaido, Japan, I graduated from the Department of Photography of Nihon University in 1975.

I moved to Los Angeles, where I worked as a production coordinator for Japanese television commercials and later co-founded a Japanese coordination services company. I obtained an MBA from the UCLA Anderson Business School in 1993. Two years later, however, my earlier interest in photography revived, and I started to travel worldwide, extensively photographing what I found intriguing at each moment and place. As of 2000, I have worked full-time at photography. [Official Website] 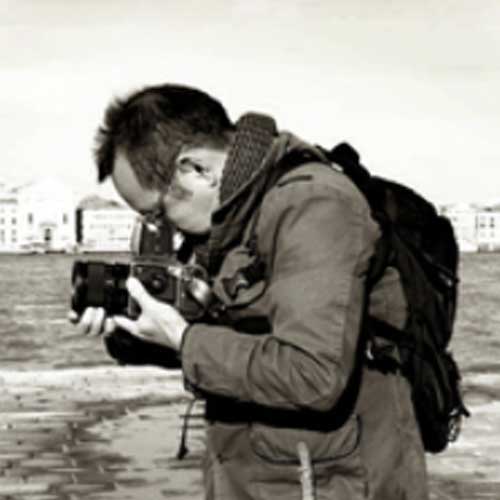 ” I go to places that captivate and intrigue me. I am interested in what humans do. I seek to capture people, traditions, and locales that first and foremost are of personal interest. I immerse myself with information on the places prior to leaving, but I try to avoid firm, preconceived ideas. I strive for both calculation and discovery in my work, keeping my mind open for surprises. At times, I envision images I’d like to capture, but when I actually look through the viewfinder, my mind goes blank and I photograph whatever catches my eye. Photographs I return with are usually different from my original concepts. My photographs reflect both genuine interest in my subject as well as a respect for the element of serendipity, while other times I seek pure beauty. The pure enjoyment of this process drives and inspires me. I believe there’s a thread that connects all of my work — my personal vision of the world as a whole. I make every effort to be a faithful visual recorder of the world around me, a world in flux that, at very least in my mind, deserves preservation.”

I do not think it was my understanding of Japanese cultures that got me interested, but it was a foreigner’s eye. I looked at things just like a foreigner looked at things in Japan—with curiosity and fresh look. In the beginning, I felt shy about making “Japonesque” images because I was from there. But I decided to make Japanese portraits very Japanese because I believed that is something unique I can do with my background.

I used my usual camera/lens combination which is Hasselblad 203F with Planner 110mm F2. I use this camera and lens combination 90% of time when I do portrait photos. Even without the camera, I look at the subject with distance and angle that matches the view of this lens and compose the pictures subconsciously. This is how I look at things when I photograph.

Because I was allowed to take photographs only at the day of the performance, I photographed performers between the stage appearances. That meant I had to find a decent size space that is close to the stage where I can set up a makeshift studio with backdrop.

I prefer using natural ambient lights to strobe lights. Natural light gives me more freedom, more variations, and I can concentrate on my subjects while I photograph. Luckily, I was able to find a small flat rooftop near the stage that was surrounded by walls of the theater building. That gave consistent beautiful soft top lights.

I used the film I always use when it comes to b&w.  That was Tri-X 220.  As you know, that film was discontinued in 2010. When it happened, I bought all that were available in the US which was 750 rolls of 220. I still have about 200 rolls left in my freezer and I take out and use them when I work in b&w projects. The film is processed in Jobo ATL 2200 and contact sheets are made. I work in the traditional darkroom and make silver gelatin prints just like old days. Prints are then toned in diluted sepia toner for archival purpose and split-tone-like tonality.