This shot is one of a series. There are seven photos in this series, so for doing this kind of work in a series, I need to prepare carefully. I had the idea or theme first, then I tried to find a well-fitting location.
34437 min
SUBMIT YOUR WORK
HoursMinutesSeconds

Fang Tong graduated from the Fine Arts Institute of Shanghai University and studied in France. She has had a successful career in painting, sculpture, design and other art fields.

In recent years, she has focused on photography, and she has been awarded several major international photography awards. She has been published in VOGUE and other major domestic and foreign magazines. The photo ‘Swimming Pool’ won first prize in the Nikon International Photography Competition Category C in 2015. She was commissioned by Sony in 2013 as one of 20 photographers around the world to represent Sony’s camera phone. Fang Tong is a freelance photographer based in Vancouver, BC.

Fang Tong is a cinematic style photographer, as a spectator of life. Her works are embedded with an implied narrative, which is left to the viewer to resolve over time with their own imagination. Reflecting her background in classical art, the photography is carefully planned to control the frame and the expression of details, giving her work an ethos of a painter. As a bystander, Fang Tong captures the potential that photography can embody pieces with an eternal quality, thereby creating a slightly fictional world that resembles reality but transcends consciousness. Fang Tong’s passion is for her work to border on the surreal, yet hold back enough to keep it firmly in the real world. [Official Website] 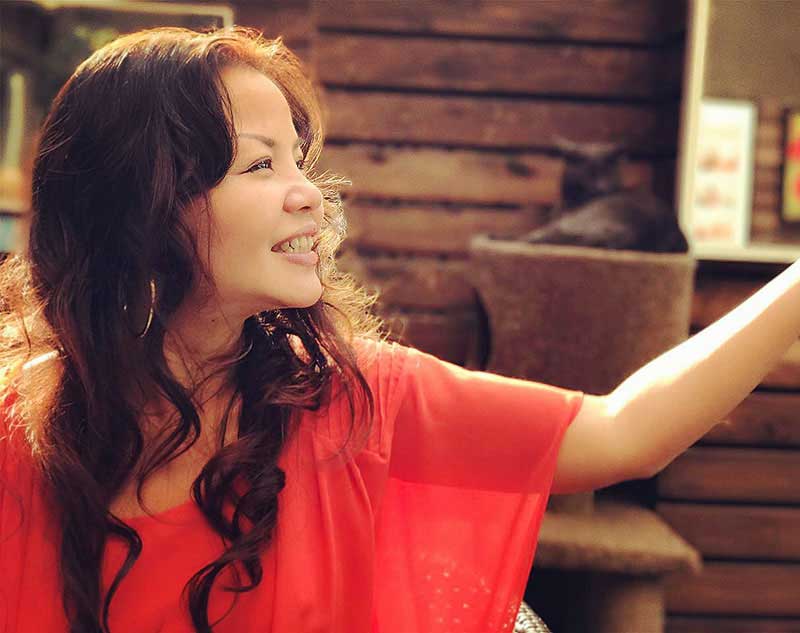 The ‘Roadside motel’ series was shot in 2016, it was a continuation of my 2015’s  project  ‘On the Road’ . Life is a journey. People always look around while they are on the road. One couple – one roadside motel. It is just like our continuous life, always on the road, sometimes needing to be settled to rest your mind. Stopping at the quiet roadside small motel, just letting the sunshine infiltrate each inch of your skin, enjoying the moment, letting the time go by, letting the tiredness go away….to continue to feel each detail of the journey’s every drop of joy, anger and sorrow with freshness of mind. 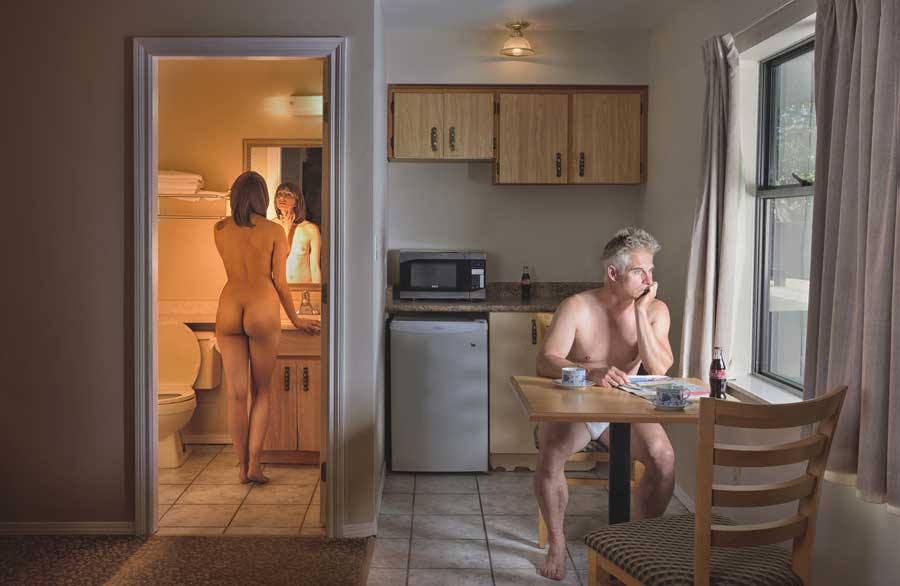 This shot is one of a series. There are seven photos in this series, so for doing this kind of work in a series, I need to prepare carefully. I had the idea or theme first, then I tried to find a well-fitting location. I also made sketches for each shot with every detail, including light settings, camera angles, model positions etc. The more detailed I am in preparation leads to fewer problems during the photo shoot.

I didn’t have too many problems, mainly because of the small size of the room, I can’t set my camera too far from my models, so I have to choose a slightly wide-angle lens to shoot, This type lens will cause a little deformation of the object. I needed to fix it during the post-production process.

Other then fixing the small deformation from the lens, the main work is use Photoshop adjust the color tone. I wanted it to have a look from an older time. I love this kind of timeless feeling in a photo, and I wanted to bring an aspect of metaphysics to the image instead of feeling like a documentary.

To The Northwest by Giacomo Infantino

The Salton Sea by Jim Riche