I wanted to include a series of portraits showing the wrestlers after the match with all the marks left and blood due to injuries during the match. This particular picture was taken when on tour at the Arena in Queretaro. In the picture is Mexican wrestler Sharlie Rockstar.
36398 min
SUBMIT YOUR WORK
HoursMinutesSeconds

Annick Donkers is a documentary photographer from Antwerp, Belgium, who currently lives and works in Mexico City. After obtaining a master’s degree in Psychology, she decided to study Photography.

She studied at different schools in Mexico and participated in an artistic residence program called Residencia Corazón in La Plata, Argentina.She received a grant from the Mexican Ministry of Foreign Relations in 2008 and was selected to participate in the 2008 Seminar on Contemporary Photo- graphy at the Centro de la Imagen in Mexico City. She has won both Mexican and international photography competitions such as Survival International UK (2015), San José Foto Uruguay (2016), the Sony Awards organized by WPO (2016) where she was awarded the third prize in the Professional Sports Category, MIFA awards in Russia (2016). She has been published in Belgian, Mexican, and international newspapers and magazines. She currently works on documentary stories for VICE and the Mexican online magazine Tercera Vía. 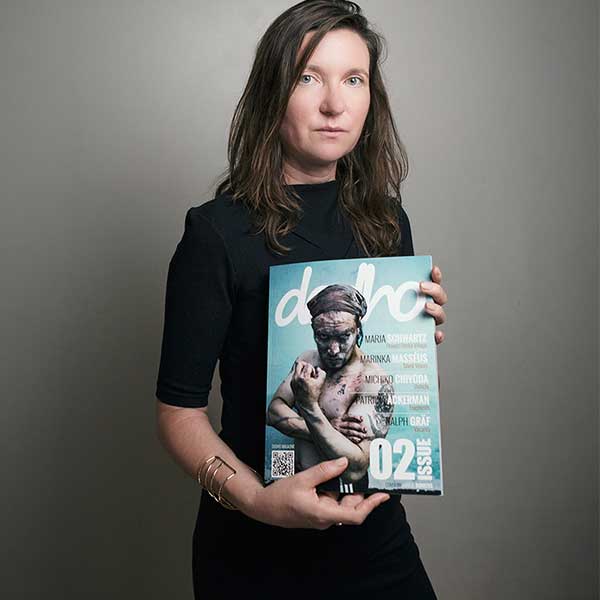 Her work has been exhibited in Belgium at the Mexican Embassy, the Flemish Ministry of Foreign Affairs, the Mestizo Arts Festival in collaboration with the Mexican Embassy, and CONACULTA; in the Netherlands at the Wereldmuseum in Rotterdam; in Mexico at the XIII Biennial of Photography, Fotoseptiembre, the Academia de San Carlos, and the Centro Cultural de España; in Argentina at the MUGAFO in La Plata; in the United States at the Museo Cultural in San- ta Fe as part of the AHA Festival of Progressive Arts; and in the United Kingdom at Somerset House as part of the Sony Awards 2016 competition, among other places. [Official Website]

I am doing a photo series about Hardcore Wrestling / Lucha Libre Extrema. I wanted to include a series of portraits showing the wrestlers after the match with all the marks left and blood due to injuries during the match. This particular picture was taken when on tour at the Arena in Queretaro. In the picture is Mexican wrestler Sharlie Rockstar. 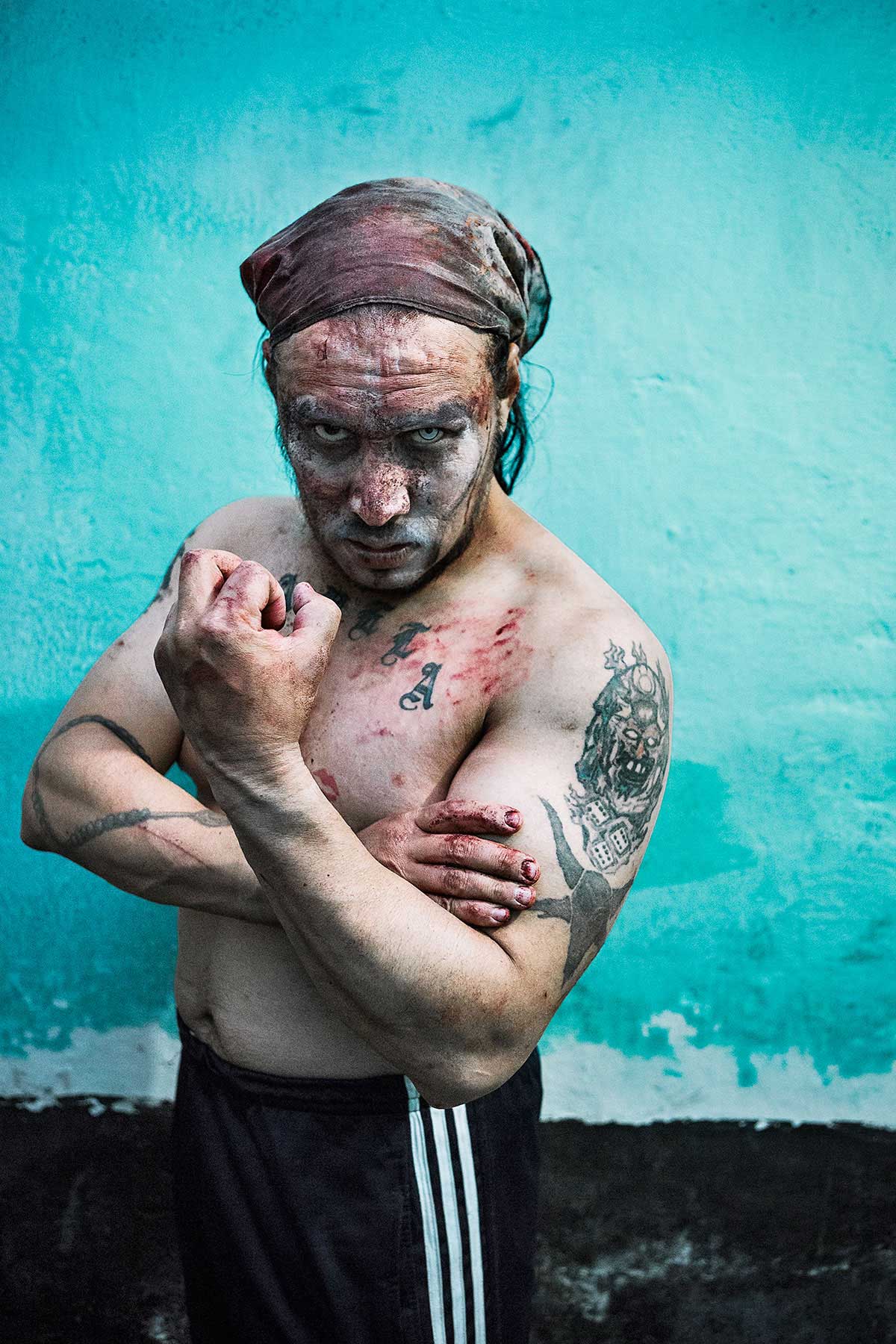 The equipment I used was my camera Canon 5DIII, a 24-70mm lens and a Canon flash. Very simple, I want to be flexible when taking pictures, carrying heavy weight during a lucha show isn´t an option.

I took the picture backstage in the hallway that goes from the arena to the dressing room, away from all the crowd. I wanted to wait for the wrestlers in the hallway before entering the dressing room. I was looking for a plain background and the turquoise color of the hallway really stood out. It was also a color that would combine with the rest of my story. I used a fill in flash to lighten up a bit of the shades but didn´t want it to be obvious that it was flash since my pictures during show were taken in natural light. My way of working is very spontaneous, I don´t want to stage because it has to feel like a natural pose to them. I am more an observer.

I had to wait a long time before I could take this picture. The wrestler Sharlie Rockstar was very busy with taking pictures with his fans and doing interviews. He was very popular since he made his comeback after a time in jail and everybody wanted to see him. When he finally came out of the dressing room, I wouldn´t have a lot of time for the picture. I knew the other wrestlers and they wouldn´t have problems with having their picture taken but it was the first time I met him, I felt he was tired and it made me a bit nervous.

I post process my pictures in Lightroom and Photoshop. Because I take pictures in different places and with different light conditions, I have to see how they connect. For me color is very important, it functions as a narrative in my story and it helps me to create a certain ambiance. I don´t have a certain formula, I just see what works best in each reportage.