“The first time I dove I felt fear, the second time I experienced wellness, the third I was on the front line to paradise”. In the universe of the salted bubbles, Alice in Wonderland would have mistook the White Rabbit with the Mad Hatter
44509 min
SUBMIT YOUR WORK
HoursMinutesSeconds

After that magic moment when my eyes were opened to the sea, I was no longer able to see, think, and live as before.

“The first time I dove I felt fear, the second time I experienced wellness, the third I was on the front line to paradise”. In the universe of the salted bubbles, Alice in Wonderland would have mistook the White Rabbit with the Mad Hatter, because down there the reality is blurred and the fantasy become the explosion of the inner feelings. Gravity exists only in the breathing while emerging, to tell the lightness of being in that submerged world, where being amazed becomes natural. And submerged and surfaced become a unique infinite where to get lost.

These pictures are extrapoled frames from a video made with go-pro. Traditionally, amateur’s videso show memories, but every single frame hide a different interpretation of that particular moment, so the reality is different for everybody. 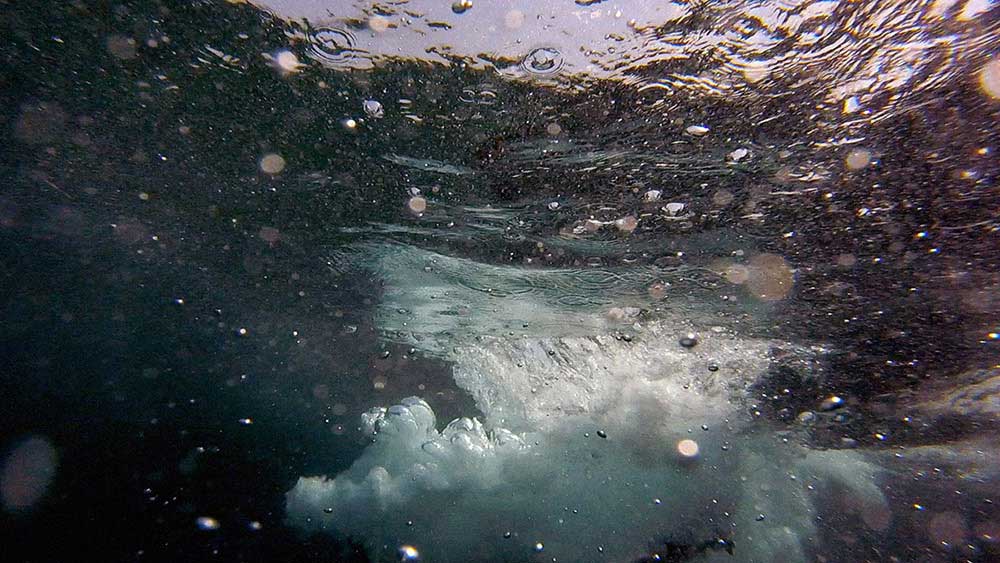 Born in Livorno (Tuscany), I took my highschool diploma in the Arts, and then moved to Florence to study graphics and advertising. My passion for communication took me to Milan, where I currently live and work as an art director for fashion and design rms. After 25 years of reviewing other people’s pictures, I decided to start taking photos by and of myself. Through photography I hope both to convey the world I live in, of which I am consciously a prisoner, and to nd a way of communicating authentically, which is often dificult because of my strong sense of privacy. The element of water is often present in my shots, whether in the form of rain, tears or humble public swimming pools. Water cleans, soothes and swallows, becoming the only escape.This quote of Micheal Ackerman’s is particularly meaningful for me:“I try to escape the traps of reality all the while preserving a link to the real. Because photos are not inventions but meeting points”.

Anatomy of a photography by Lotta Van Droom