UN Senior Expert on Human Rights in Transnistrian region Thomas Hammarberg believes that the problem of domestic violence shouldn’t be hidden.Moreover, the state should actively participate in solving the problem. ‘A law on domestic violence had been drafted and is under review.
37155 min

Moreover, the state should actively participate in solving the problem. ‘A law on domestic violence had been drafted and is under review. Nongovernmental organizations have been campaigning for such legislation,’ Thomas Hammarberg states in the Report on Human Rights in the Transnistrian Region of February, 2013.

In 2015, Resonance, the center for support and development of civic initiatives, collected the following statistics: 35, 7 % of the women interviewed reported having suffered physical violence at the hands of a husband or a partner, 60, 2% had been victims to psychological violence. According to the information compiled by the non-governmental organization Interaction, for the period from April 2009 to October 2017, 10366 calls from people suffering from domestic violence were made to the helpline 0-800-99- 800, and 933 SOS-cases were open. So, what changed? There are no government statistics on this matter. No special legislation on the subject of domestic violence in Transnistrian region has been adopted.

On February 7, 2017 Vladimir Putin signed the law partially decriminalizing domestic abuse in Russia. In his interview to the Center of Military and Political Research at MGIMO, Minister of Foreign Affairs Vitaly Ignatyev said, “At the moment Transnistria remains almost the only unconditionally pro-Russian state in this region of Eastern Europe, it is the center of Russian culture…Actually, Transnistria is an outpost of Russian world.” Harmonizing of Transnistria’s and Russia’s legislations is not a secret, and it means that in the future the decriminalization of domestic violence is more likely than the adoption of anti-violence law.

In her documentary series The Places of Violence, Carolina Dutca presents nine anonymous stories of women who suffered from domestic violence. Using methods of post-media, documentary and archival photography, as well as working with audio-interviews and mini-installations, the author attracts public attention to the problem and makes you think about the consequences of domestic violence.

Carolina Dutca is a documentary photographer and artist specializing in long-term projects on human rights. Her work involves conceptual and street photography, photojournalism, video and installation. Born and raised in the breakaway republic of Transnistria (Moldova), many of Dutca’s artworks are deeply personal – reflecting on her background and drawing on the experiences of herself and her subjects with discrimination, domestic violence, xenophobia, feminism, and social and cultural stereotypes. Two major documentary photography projects from within Transnitria have been completed recently – NO SILENCE raised the issue of LGBTQ+ discrimination and The Places of Violence investigated domestic violence. Also she has postmedia project Fem#In andThe Point of No Return (installation). Ongoing projects located in Moldova and Transnistria include Doska pochiota (multimedia) and The Decisive Moment (conceptual).

Who believes today that war can be abolished? No one, not even pacifists. 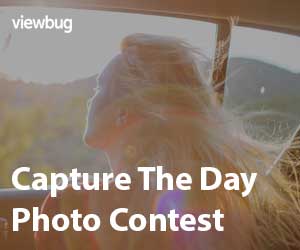 The Krokodil is a home-made drug produced with highly toxic chemicals such as iodine, paint thinner, hydrochloric acid and red phosphorus scraped from the strike pads on matchboxes.
1 7 min 10038

“Our own Individual New York” is a set of photos displaying the ‘individual’ within his/her space in the city … or perhaps about the city and the space left for the individual.
1 3 min 7314

For a short time a circus stopped in the city where I live. Neither small nor very large, that kind with the animals and the famous name next to the more anonymous family name.
3 min 4540

Last year we documented an expedition to the Burmese Himalaya to attempt to summit an obscure peak (Hkakabo Razi) to determine if it is Southeast Asia’s highest point, breaking every little last piece of camera gear. This is called barely making it happen.
1 min 3401

Since 2009, I have been documenting Irish Travellers using a b&w film medium format camera. But an unfortunate incident occurred when I realised I left my bag full of Hasselblad film cameras and lenses on the train from Venice to Rome in May 2018. Following the unfortunate event, I still had the digital camera that I used for personal travel and I said to myself ‘Why not try using digital camera’ for my environmental portrait...
8 min 4566

Lunch atop a skyscraper: This is, probably, the most epic picture of a lunch ever taken. Its protagonists are not influential or known characters (in fact, until today, only 2 of the 11 men photographed have been identified)
3 min 1838

Michele Palazzo. Italian by blood, Architect by training, and Photographer by heart. Visual storyteller, weaving narratives through people’s movements and emotions. He lives and operate in New York.
1 7 min 5465

I usually bring two camera houses, and most often it’s the Canon EOS 1DX and the Sony Alpha 7Rii. I fell that these two cameras supplement each other very well. The first is very fast, easy to maneuver, great at low-light conditions and is strong and weather proof.
1 6 min 6626

Since the outset of the conflict in March 2011, increasing number of refugees from Syrian Arab Republic has sought asylum in Turkey. Escalation of violations in Syria in 2012 and onwards created dramatic increases in humanitarian needs.
11 min 5314

We are all aware about the theory of biologically evaluation for Jean Baptist Lamarck. The theory tells about the evaluation of human how the structure of APE has got transferred to the today’s human being.
3 min 910

When George Floyd’s life was unnecessarily and brutally snuffed out by Minneapolis law enforcement on May 25, it was yet another final straw…and that straw was set ablaze around the globe.
3 min 815

I have been photographing the North Carolina State Fair since the early 70's. One of my oldest memories was the yearly outing of my family going to the State Fair in North Carolina, starting when I was 6 year old....
4 min 998

The idea for the series ‘Marine Species’ started with my fascination for the sea, water and everything that lives in it. In this series I want to give the viewer a different look at a variety off sea life, that has been portrayed in a very aesthetic way, minimalistic, where the focus is on the subject, with a playful link incorporated in it.
2 min 1291

The collection is a tribute to the famous cellist Jacqueline du Pré, a famous British musician who died at a young age. In this series, I have tried not to see the female face at first, so that the viewer's perception remains without judgment, and when she begins to see the rest of the photographic works, she realizes the feelings of this dominant musician.
3 min 1009

Alexandra Buxbaum’s work has focused on documenting the human experience of various people and cultures living in disparate urban environments around the world.
4 min 1579

By dusk, the streets of this endless seeming city are being roamed by 'suits'. Its a known, yet overlooked phenomenon. Hungry for bowls of ramen, raw tuna, cold sake out of cans and women, they're being delivered by red taxis to amusement miles in Shinjuku,
3 min 1493

I love street and travel photography but my big passion is macro photography. I am spending all the time i have in nature, capturing the amazing macro world.
3 min 2228

A lot of the people seemed somehow lost to me, either geographically, mentally or even physically. It’s that second before they recognise you, taking the picture, somehow giving you an intimate moment with a person you never gonna see again in your life.
3 min 1655