We exist on small blue-brown marble in the ever expanding nebula of ambiguity – a vast nothingness of cold uncertainty and eternal certainly, that we constantly attempt to decipher with our sciences.

“Neurosis is the inability to tolerate ambiguity”

“There is something special about beauty in the unclear, the ambiguity, the in-between that you can’t totally recognize.”

[Preface: We exist on small blue-brown marble in the ever expanding nebula of ambiguity – a vast nothingness of cold uncertainty and eternal certainly, that we constantly attempt to decipher with our sciences. Other than material elements, and the recent spectrometric discoveries of earth like planets light years away, can we really fathom the uncertainty of life? It’s equivocal, an interstellar enigma that is of infinitesimal significance, in that vapid and inscrutable void, before the here and now. Linguistic convulsions aside, ambiguity is the absolute metaphor for the unfathomable: fleeting beauty. We are not here to scope out the dubiousness of the universe, rather, to scale it down to our microcosm: the urban environment: our condition, and try to grasp its unseen or unfelt aesthetic quotient. Ambiguity is, the very essence of aesthetic beauty, and that is a pursuit unto itself.]

Why is beauty, that can only be sensed, not seen, possessed by ambiguity? This question is better substantiated by epistemological aesthetics. But, I propose that, it’s the idea that the the human mind is real, and is incited, provoked and inspired, in imagination, in speculation, in calculation, in logic, and in fantasy, on that which is unknown, uncertain, equivocal, inscrutable and recondite. The fascination with the unknown, the mysterious and the unattainable, materially and or metaphysically, resides in that “fleetingness” about it – it’s transience, movement, leaving us with vague impressions – and this vagueness is ambiguity, which also is, symbiotic with fear.

Many an astronaut, after experiencing deep space, had expressed this phenomenon in different ways. Ambiguity is never a static phenomenon, in any space, it’s replete with moving matter, including light. On the other hand, something static, in one place, cannot be anything but manifest, clear – even abstract concepts or ideas achieve simple clarity, when they stop evolving, mutating, transmuting or transforming. All these manifestations of change constitute ambiguity. And, if movement of matter in space is ambiguity, so is the urban dweller, in an urban setting. The spark of our life is movement, and even in stasis, at least 70% of our body is in a flux, absolute stasis being death.

However, let me arbitrate and distill the concept of ambiguity through analogous logic. Ambiguity, like our our body, is 70% water and 30% organic and inorganic matter, exactly like the vast universe: 70% liquid-light-and-gases, and 30% matter. Therefore, syllogistically, ambiguity has to be 70% the unknown, uncertainty, polysemy, enigma, or discursion, and only 30% being clarity. Reality is dictated by the majority phenomenon: ambiguity, and, clarity, then becomes the illusion, therefore, the dubious is what is abundantly manifest. We see nothing, but we sense that powerful and pervasive uncertainty, in everything and all around us.

As creative beings, our sensibilities are haplessly inadequate to grasp the enormity of uncertainty: ambiguity, a universe unto itself, imbued with an expanding aesthetic and natural atrophy. So much, that William Empson wrote a treatise in 1930s, that’s still in print: “7 Types of Ambiguity,” aimed at the aesthetic facet for the literary vocation. Then, in the fifties, Erich Auerbach tried to explain it in his classic:“Mimesis.” Ambiguity is indeed an abstruse phenomenon, whose fearful depth and aesthetic dimensions had been plumbed and plugged by many a great artist, in the sphere of creativity, like Shakespeare, Joyce, Kubrick, Kurosawa, Da Vinci, Mantel and Cormac McCarthy did. It is a recondite tool, that can only be grasped by living in acute observation of life and its systems, within it’s circumscribed condition, in it’s myriad and enigmatic nuances, like a mutating and metastasizing contagion in a petri dish.

And ironically, the urban setting is that petri dish, where dwellers are moving contradictions, battlegrounds for raging self inflicted conflicts between their misleading ideals and instinctual hedonism. The average urban dweller is young, a mutating being that desires the urban condition, its distractions, its digressive coziness, and its discursive atmosphere, yet, he tries to be an environmental idealist. The self is the war zone for his conscience: pollution, climate and the human effect, on the other hand, his unconscious seeks out peopled places, built by the industrial complex, that spews chemicals into the air, clears forests to create concrete and glass jungles, with huge air conditioning units, that abuse water and air. In this blurring internal conflict, between the conscious Platonic idealism and the unconscious Epicurean reality, ambiguity materializes as an aesthetic vapor that can only be sensed.

At the orgy of irrational consciousness, the rational unconscious is vindicated, and the basic vitality of humanity is rescued from any of its beliefs. Belief being the illusion of clarity. Let’s try and get a grasp what ambiguity is, its major component: aesthetic, and why it’s presence and essence go undetected by most of us. Ambiguity, forces us to contemplate, speculate, abstract, deduce, create to fill in the gaps. All such activities in deciphering or understanding the uncertain, requisitions our faculties of perception and imagination, two of our faculties that we use in creativity, for either abstract, impressionistic, or realistic representation of our surroundings. Anything we do, to address ambiguity, or bring it to being, becomes the catalyst for aesthetic beauty. Anything uncertain requires our imagination, fertilized by curiosity and aesthetic, therefore, the uncertain: ambiguity, is that ether, the vector for firing up our imagination.

This brings to the creative dimension gifted by the teleological capacity of ambiguity – that, it’s the means by which we can decipher our natural and universal condition, and its uncertainty. When it comes to the arts of expression, ambiguity, astonishingly, can be both, Entelechy: the Aristotlean realization of actuality, and it’s opposite: Potentiality, the realm of possibilities. Ambiguity, as the Leibnitzian principle proposes, is the soul of perfection of an object created be an individual or person as a character. Great literary masters had understood enough to cloak their characters in ambiguity, give them life and powers to traverse the landscape of the plot without ever being deciphered. Remain a mystery. The objective is to sustain the character, like a living one, as an evolving entity, in kinesis, with internal conflicts, as the narrative unfolds — to keep us interested

Ambiguity has another metaphysical dimension: “Agnosticism,” which is the intellectual doctrine and or attitude asserting the uncertainty of all claims to ultimate knowledge. By this token, most urban dwellers are agnostics, fueled by idealistic confusion, hesitation, atheism, distrust, misgivings, and suspicion. And it’s such uncertainty, perhaps, that forces the young to peopled urban environments, searching for reassurance and clarity, but, unbeknownst to them, they become the unwitting paradoxes, in their desperate denial of uncertainty, in their movement to live, becoming the very essence of ambiguity… and in that dichotomy the aesthetic wafts up for the sensible to feel and possibly see.

Why do the writers, desperately seek, to create ambiguous worlds and characters? Unequivocally, they want the reader not just reading, but imagining and creating to fill in the blanks, speculate, get involved in deeply, become companions to these characters, go on a journey – and in this involvement of the reader, the author had achieved his aesthetic. This is what I am trying with my photography. A tough mission. I study uncertainty, not only in syntax, but in our condition, visually – and try the bridge this unnatural chasm, where there should be none. If a word can be the world, then, an image can be a universe of possibilities. 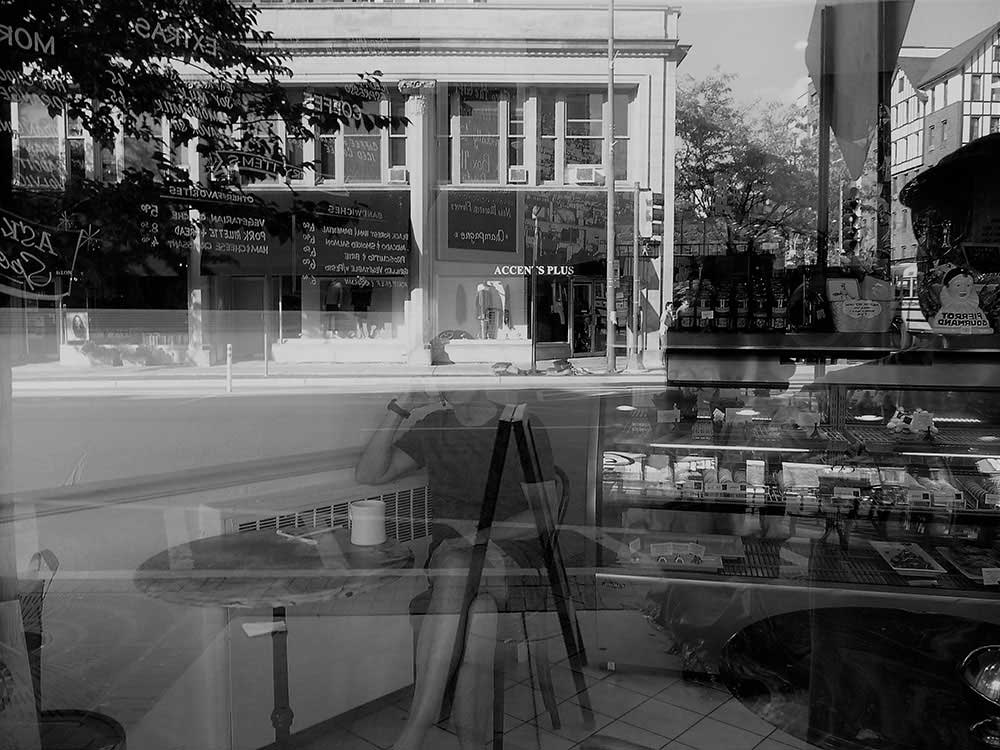 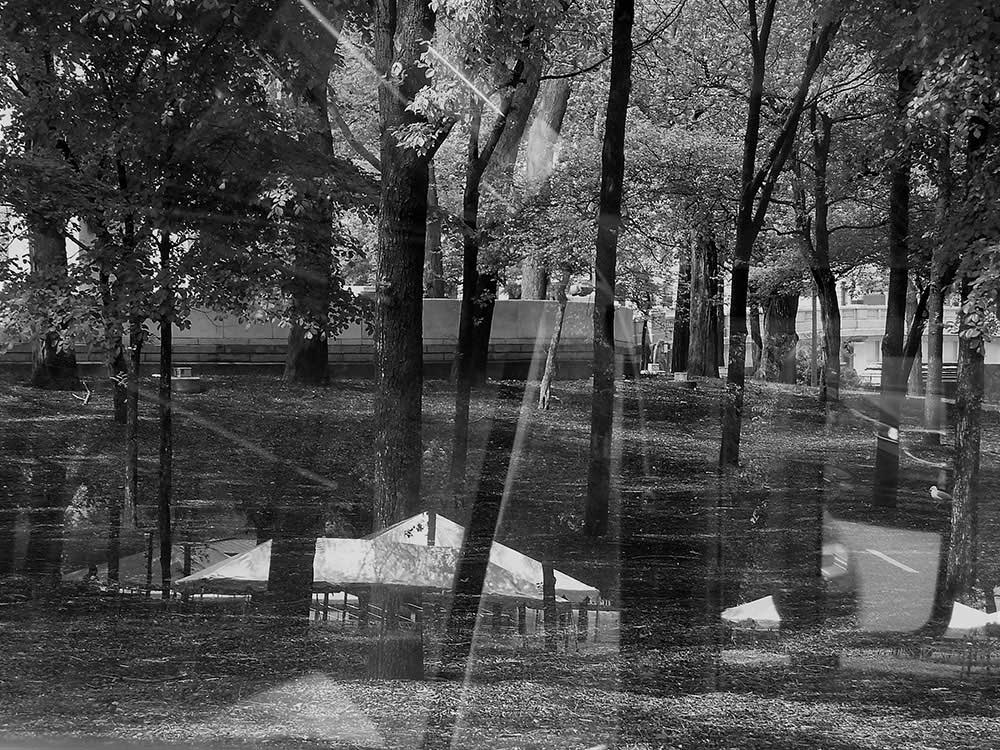 Raju Peddada was born in India, and migrated to the United States in 1983. He is the founder and CEO for PEDDADA. COM since 1999, and also a producer/writer for Satyalu+Kristi Media, USA. He is a design provocateur, an originalist in design contemplation, who draws inspiration not from other designers, but from nature, history and literature. He has 22 Design Patents, and was also responsible for several critically acclaimed and sold out products launches to the high end luxury furnishings market. He has been editorially featured in scores of international culture-design magazines as the “Taste-maker,” in Interior Design, Clear, Dwell, Spaces, Domus, Abitare, Interni, Frame, Monitor, Objekt, Chicago, the Chicago Tribune, and Cable news. In addition he also is a freelance journalist, with over a 100 essays-articles- reviews in literary magazines like Swans.com, Bookforum, Spaces, and the NY Times. He is a photographer, who in the summer of 2017, released his exploratory thesis on “The Aesthetics of Ambiguity,” which essentially shifts the aesthetic paradigm, from the stillness aesthetic to that of ambiguity, in sensing the beauty of our movement and condition in the urban setting. Three photographic exhibits are in the offing. He is the author of four small books.

I found fireflies in my dream, talking to a strange, drunk and dead man! by Fábio Miguel Roque