Luis Aguilera was born Caracas, Venezuela and then moved to Miami, Florida as a teenager. A street artist by nature, Aguilera has always been intrigued by the innovative ways that photography can capture a moment, especially shots near water.
52488 min
SUBMIT YOUR WORK
HoursMinutesSeconds

Luis Aguilera was born Caracas, Venezuela and then moved to Miami, Florida as a teenager.

A street artist by nature, Aguilera has always been intrigued by the innovative ways that photography can capture a moment, especially shots near water.

With the use of various DJI drones, Aguilera has been able to capture moments that were only available to those who had access to a helicopter. With his drone photography, Aguilera has been able to capture stunning photos of the oceans in different parts of the world. His series, “Thalassophile”, which means lover of the oceans, has explored the beaches of Miami Beach and Fort Lauderdale in Florida as well as Ocho Rios, Jamaica. He’s also captured the exotic beaches in Waipo’o Valley, Waimea Beach, and Two Step in Hawaii. Mesmerized by the beachside scene and its ocean-adjacent atmosphere, this series focuses on the immensity and power of the ocean and how small people are in comparison. Capturing moments that feel authentic and true to the experience of being by the ocean, Aguilera’s series shows how no matter how different humans are, we are all captured the same 400 ft. in the air. The series also highlights how all people end up doing the same things when they see and interact with the water – whether that is sun bathing, lying in an inflatable tube, or enjoying the weather with friends, drinks and some food. The collectiveness of the aerial shots emphasize how people not only react to the ocean in similar ways, they also all love to do the same things at the beach. As Aguilera continues to focus on his drone photography and his “Thalassophile” series, he is looking to explore other regions as well. His next photos will be of the tulip fields and city of Amsterdam, Holland. He will also continue to explore the sands of Miami Beach and this summer the Caribbean beaches of the Dominican Republic. [Official Website] 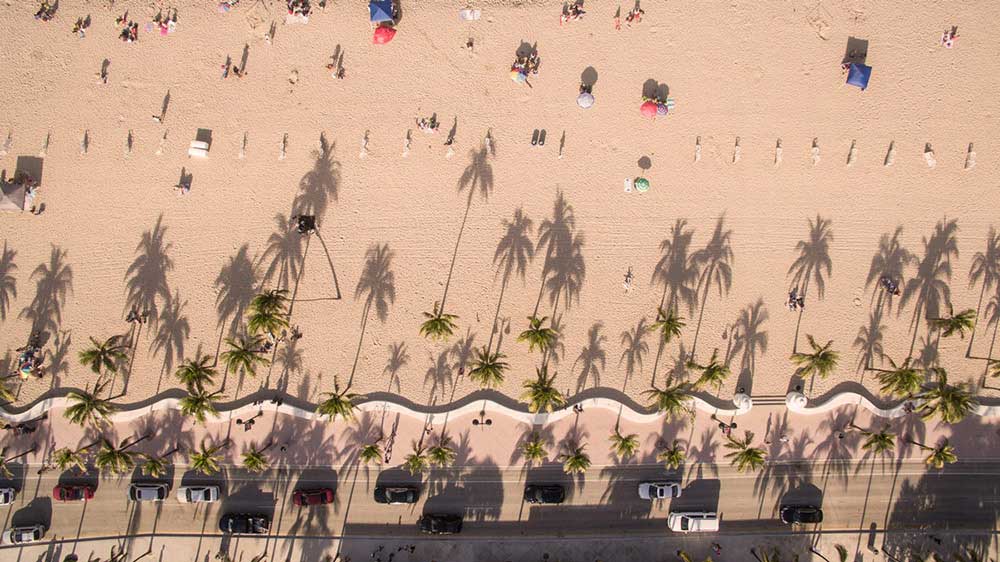