“States of Grace” is a portfolio of painterly photographs illuminating the sinuous grace of organic forms in the natural world. Drawn to the sensual, I seek serenity in visual balance and create glimpses of beauty to still the chaos in my mind.
66736 min

“States of Grace” is a portfolio of painterly photographs illuminating the sinuous grace of organic forms in the natural world.

Drawn to the sensual, I seek serenity in visual balance and create glimpses of beauty to still the chaos in my mind.

The series captures the fleeting movement of light and form that is often overlooked, preserving that mystical moment that stills time for me. I photograph intuitively – what I feel, as much as what I see, and informed by a background in oil painting and art history, I portray a personal interpretation, rather than a strict representation, to find balance between the real and the imagined.

These images are captured, layered and printed digitally with archival pigment ink on vellum. White gold, 24k gold or silver leaf is then applied to the back of the print, creating a silken luminosity on the print’s surface. Throughout history, civilizations have prized the use of precious metals for their beauty and sanctity. The leafing process suffuses the intrinsic value of my treasured subjects with the implied spirituality of the gold. Within the limited edition, the prints may differ in color or texture, and, as the effect of gilding inherently varies, each of the prints is unique.

Wendi Schneider is a visual artist working in photography and mixed media. Born in Memphis, she earned an AA in Art History from Stephens College in Columbia, MO and a BA in painting from Newcomb/Tulane in New Orleans. She turned to photography in the early ‘80s to create reference images for her figurative oil paintings, then began painting on her photographs to create a heightened reality. After she photographed, designed and produced the award-winning re-creation of the 1901 Picayune’s Creole Cook Book for The Times-Picayune newspaper, she moved to New York, where she photographed nearly 100 book covers and was a major contributor to Victoria Magazine. She moved to Denver in 1994, and after several decades of photography, design and art direction for clients, she recently returned to her fine art photography roots.Gilded vellum photographs from her current series “States of Grace” have been exhibited in more than 50 venues, including the Griffin Museum of Photography, A Gallery For Fine Photography, the Center For Fine Art Photography, the SE Center For Photography, the Colorado Photographic Arts Center, the A Smith Gallery, and the Berlin Foto Biennale. Her work has been featured in Silvershotz, B&W Magazine, Adore Chroma, Shutterbug, Lenscratch, Don’t Take Pictures, Bokeh Bokeh, and UnderExposed, and has been honored by the International Photography Awards, the International Color Awards, the Julia Margaret Cameron Awards, the Pollux Awards, the Monochrome Awards, the B&W Spider Awards, PX3 Prix de la Paris, and the San Diego Natural History Museum Best of Nature awards. She is represented by A Gallery For Fine Photography in New Orleans and Galeria Photo/Graphic in San Miguel de Allende. 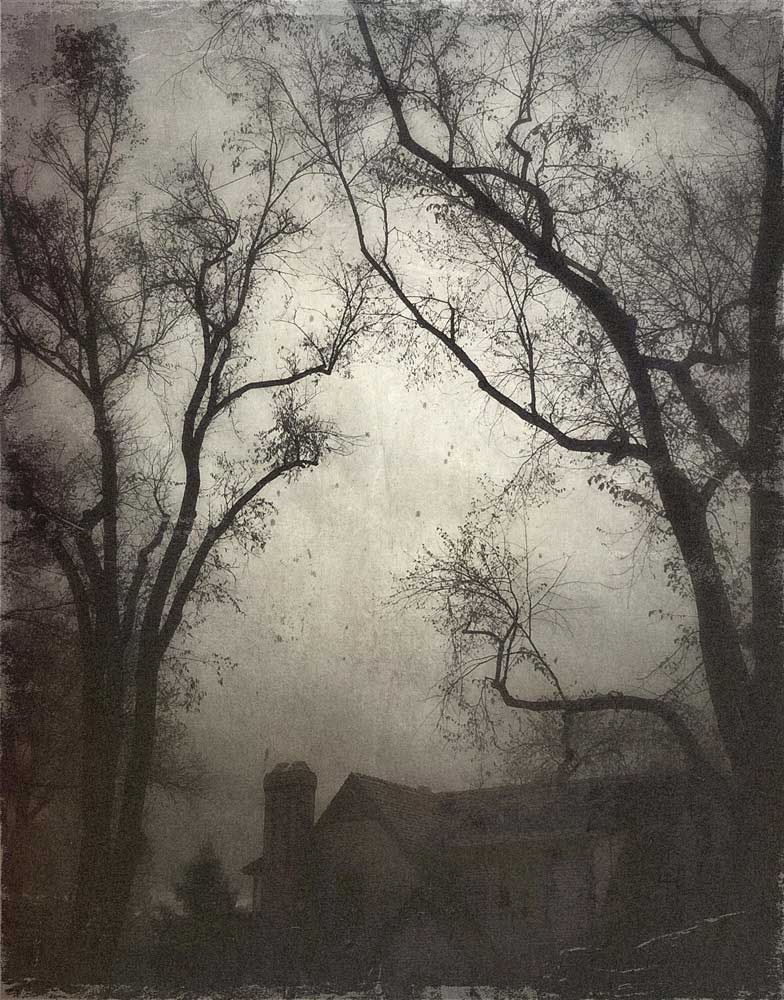 We are here by Caroline Gavazzi

It would lose all purpose by Elaine Suzanne