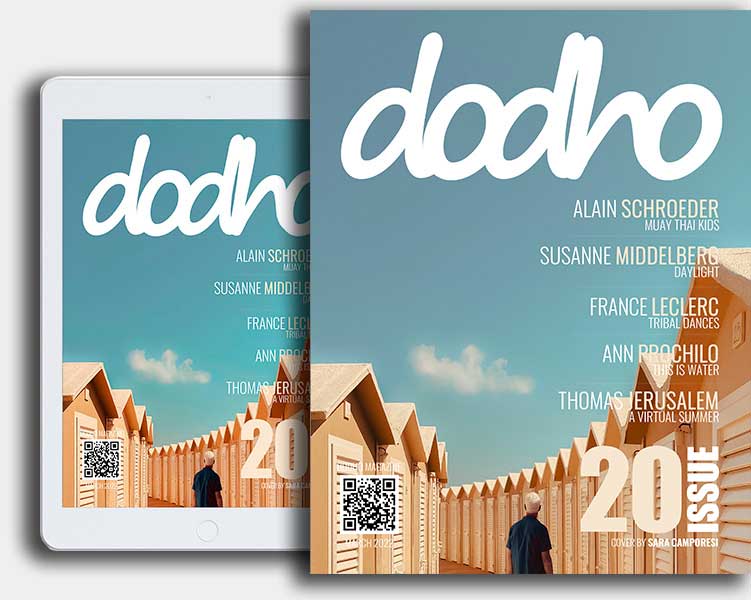 WE ARE LOOKING FOR 6 FANTASTIC PHOTOGRAPHERS WHO WANT TO GIVE AN INCREDIBLE IMPULSE TO THEIR CAREER.
DEADLINE: TUESDAY , MAY 31, 2022
ALL YOU HAVE TO DO IS SELECT YOUR BEST IMAGES AND PROJECTS, REGISTER FOR THE CALL FOR ENTRIES AND UPLOAD YOUR FILES USING THE REGISTRATION FORM.
Get in Touch
How can we help? Got an idea or something you'd like share? Please use the adjacent form, or contact hello@dodho.com
Send message
Thank You. We will contact you as soon as possible.
Magazine
Awards
MAY
31
JUNE
30
CALL
FOR ENTRIES
AN AMAZING PROMOTIONAL TOOL DESIGNED TO EXPOSE YOUR WORK WORLDWIDE
MONOCHROMATIC
AWARDS 2022
WE WANT YOU TO SHOW US YOUR PHOTOGRAPHS SO WE CAN SHOW IT TO THE WORLD.
SUBMIT YOUR WORK
SUBMIT YOUR WORK