Robert Frank was the photographer who had the courage to show the unreasonableness and decline of the American dream when he was still an emigrant in those lands. He is the author of the saddest poem about America: "The Americans", where nobody laughs.

Robert Frank was the photographer who had the courage to show the unreasonableness and decline of the American dream when he was still an emigrant in those lands. He is the author of the saddest poem about America: “The Americans”, where nobody laughs. Today, it is a classic that marked a before and after in the conception of photography books. A phenomenon that very few authors have achieved.

Robert Frank was born on November 9, 1924 in Zürich, Switzerland to a powerful and wealthy Jewish family. He began his preparation as a photographer while still living in Switzerland in 1941. He was an apprentice to his neighbor Hermann Segesser, who turned out to be a great teacher for him. His encounter was casual, and he taught him what he knew about camera handling, the development of negatives, the printing process and even some things about image retouching. 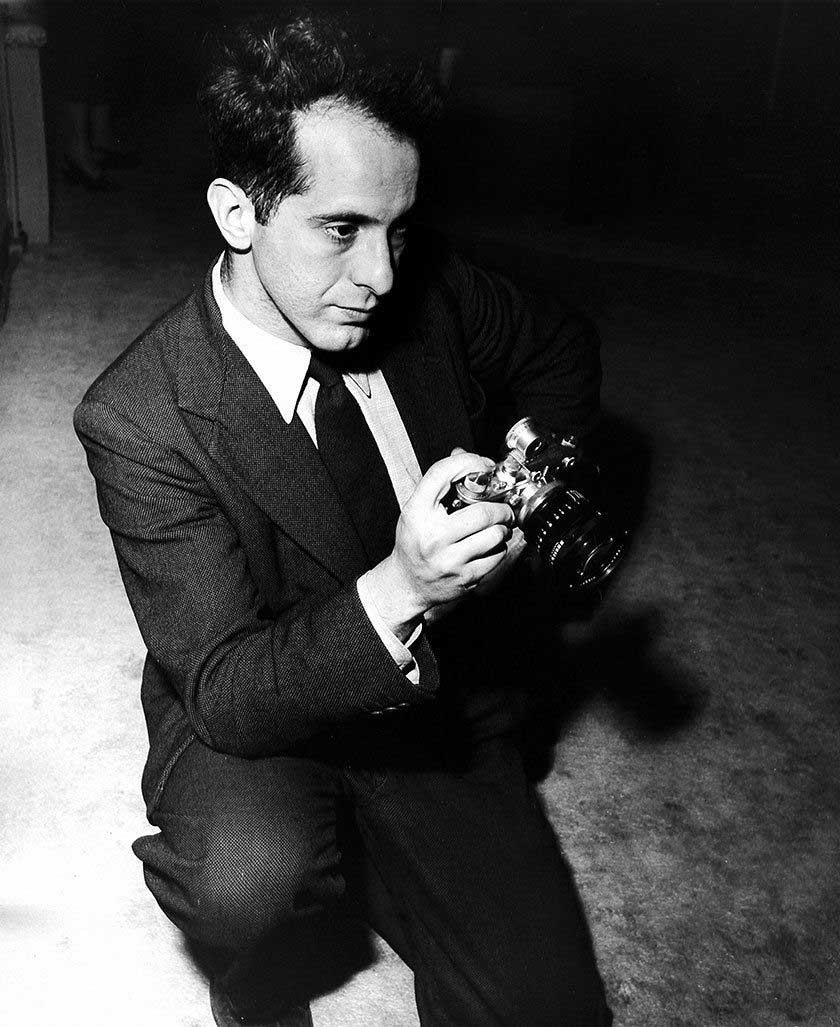 For the next 5 years he worked with Michael Wolgensinger and ended up building a photographic portfolio known as “40 photos”. With his first book under his arm and the teachings that different artists left him, in 1947 he decided to leave a destroyed Europe with the aim of achieving the American dream.

During his stay in New York he met Alexey Brodovitch, for whom he began working at the prestigious fashion magazine Harper’s Baazar. It was Alexey who encouraged him to leave the classic Rolleiflex with which he had taken his first steps in the world of photography, for the sake of a modern Leica III that allowed him to photograph using only one hand.

“My photographs are not planned or composed in advance, and I do not anticipate that the onlooker will share my viewpoint. However, I feel that if my photograph leaves an image on his mind, something has been accomplished.”

He worked for Harpe’s Baazar until 1952 and during the following years he dedicated himself to travel, photographing in Paris, Spain, Wales and London, as well as Central and South America. His career as a photographer did not take off the way he wanted. His aspirations oriented him to be able to sell his images to magazines that seemed important to him like ‘Life’ or others. However, his rather romantic and delicate work was not what documentary and journalistic magazines sought to publish at the time.

In 1950 he married artist Maria Lockspeiser and participated in the collective exhibition curated by Edward Steichen, “51 American photographers” at the Museum of Modern Art.

With the support of Brodovitch, Steichen and Walker Evans, Frank applied for the John Simon Guggenheim Foundation scholarship in the fall of 1954. It was conceded to him in 1955. Not long after, he acquired a second-hand Ford Business Couple and began the adventure of touring the corners of North America to portray the American people in the postwar era.

“There is one thing the photograph must contain, the humanity of the moment. This kind of photography is realism. But realism is not enough – there has to be vision, and the two together can make a good photograph.”

His methodology was simple, he went to places where people from towns and cities met regularly and tried to go unnoticed while taking their photographs. Somehow, he perceived that the American dream was only in the collective imagination; and little by little he revealed the true and tired face of it.

In 1958 he published the book “The Americans”, his great masterpiece that at that time was a complete failure. This work of exceptional quality was harshly criticized even by professionals, who branded Robert Frank as “anti-American” and “anti-photographer.”

After this hard setback, the photographer decides to take refuge in the cinema. His films are about life, people and self-introspection. After a few years as a filmmaker, he went back to photography.

Frank and his wife separated in 1969 and by 1972, he had moved to Nova Scotia, Canada, with his second wife, the painter June Leaf. In 1995 he created the Andrea Frank Foundation, which supports artists with scholarships.

In 2008, he reissued “The Americans,” which obtained an incredible public acceptance. This work, which reflects the day-to-day life of American society, of those who were left with nothing after the Great War, of immigrants and anonymous people on foot, finally received the recognition it deserves.