Meg Wachter is a photographer and retoucher who lives and works in Brooklyn, New York (by way of Ohio). She attended Ohio University's School of Visual Communication and received a BA in Commercial Photography and a Minor in Women's Studies.
43668 min
SUBMIT YOUR WORK
HoursMinutesSeconds

Meg Wachter is a photographer and retoucher who lives and works in Brooklyn, New York (by way of Ohio).

She attended Ohio University’s School of Visual Communication and received a BA in Commercial Photography and a Minor in Women’s Studies.

To balance her work life and constant moral dilemma as a professional photographic retoucher who contributes to creating false ideals and standards for women–she co-founded and is now editor-in-chief of Got a Girl Crush: a blog and magazine about women, by women, for everyone. Independently printed and distributed internationally, Got a Girl Crush features the badass accomplishments of women in hopes to inspire others to do the same. It also aims to disrupt the broken narrative of most women’s publications and tell stories of all ages, races, and backgrounds of women all over the world. Got a Girl Crush believes that print is not dead and that there is value to having a tangible medium to read, digest, and share–rather than sharing a link online that is easily forgotten tomorrow. For more info check out: gotagirlcrush.com. She is also an avid cyclist and champion of alternative transportation. 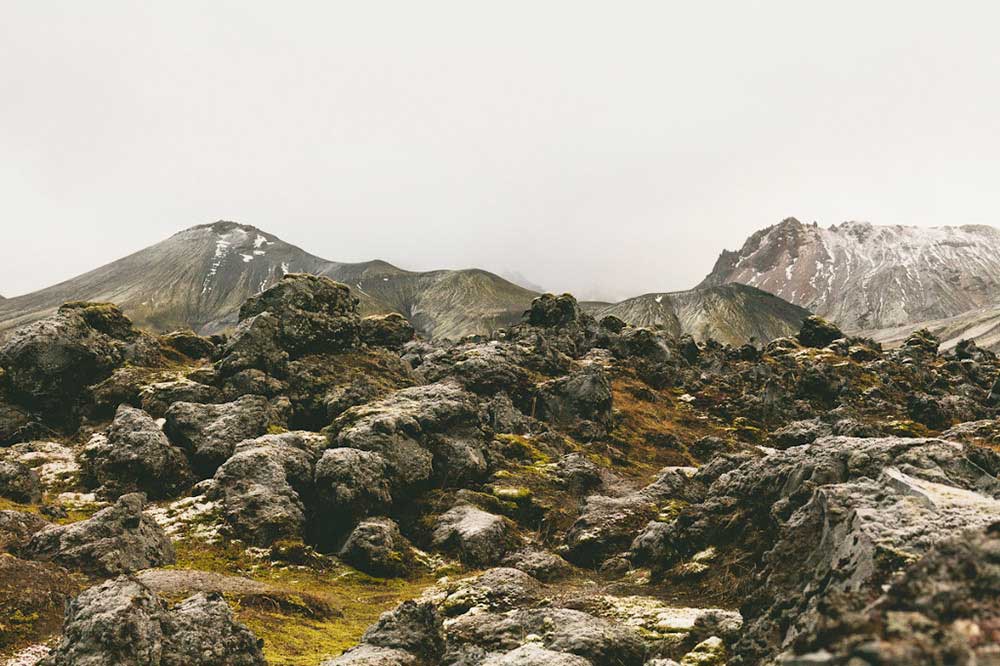 However for this particular body of work, “Nature is Ancient,” she was inspired by the art and music of native Icelander, Björk–enough so that she was compelled to visit to the musician’s homeland. “Nature is Ancient” (which is also a song title from Björk’s third album, Homogenic) was photographed over the span of 12 hours in a single day while traveling along the Ring Road (a national road in Iceland that runs around the island and connects most of the inhabited parts of the country). The photo series documents the ever-changing and hauntingly beautiful volcanic landscapes of the Nordic island which has served as inspiration for musicians, filmmakers, photographers for generations–and for Icelandic lore for thousands of years. [Official Website]

The 25th Hour by Kanishka Mukherji