The photographic work mom, dad, dog is concerned with interactions and emotions within families with dogs. For thousands of years, humans and dogs have been living together in intense relationships.
38177 min
SUBMIT YOUR WORK
HoursMinutesSeconds

The photographic work mom, dad, dog is concerned with interactions and emotions within families with dogs.

For thousands of years, humans and dogs have been living together in intense relationships.

In the modern world, dogs play different roles, have specific tasks and are emotional companions. But also the relationship between family members can be influenced and changed by dogs. Intercultural differences and similarities are also visible.The series, launched in 2015, has not yet been finalized. So far, pictures have been created in Germany, Poland, USA, China and Japan.

Joachim Michael Feigl is a German photographer and psychologist. His long-term and often international photo projects are mainly photographed in analog medium format. Photographic focus is on the behavior and experience of people and their impact on the environment. Photo works have been shown in solo and group exhibitions in Germany and France. [Official Website] 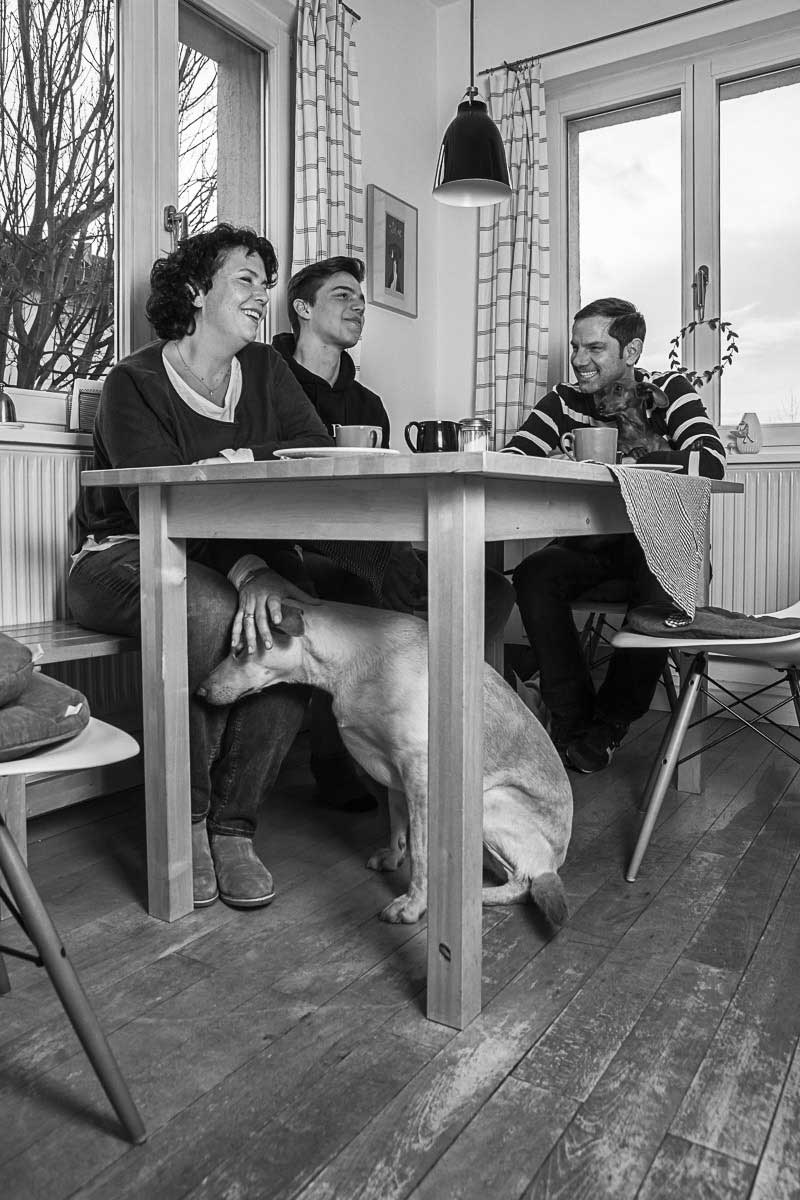