With a population of 127 million people, that’s about 23 people for each vending machine. Each year 6.95 trillion yen (US$65 billion) is spent on vending machine purchases in Japan. Japan is a culture like no other. Traditions are honored and conformity is expected. But while cultural shifts are changing the attitudes of younger generations in particular, Japanese vending machines continue to thrive and serve as emblematic reminders of the conformity and the convenience that is central to Japanese culture. There is virtually nowhere in Japan that can offer escape from vending machines. They simply exist. They are efficient and reliable. They are colorful and inviting. I find them elegant. 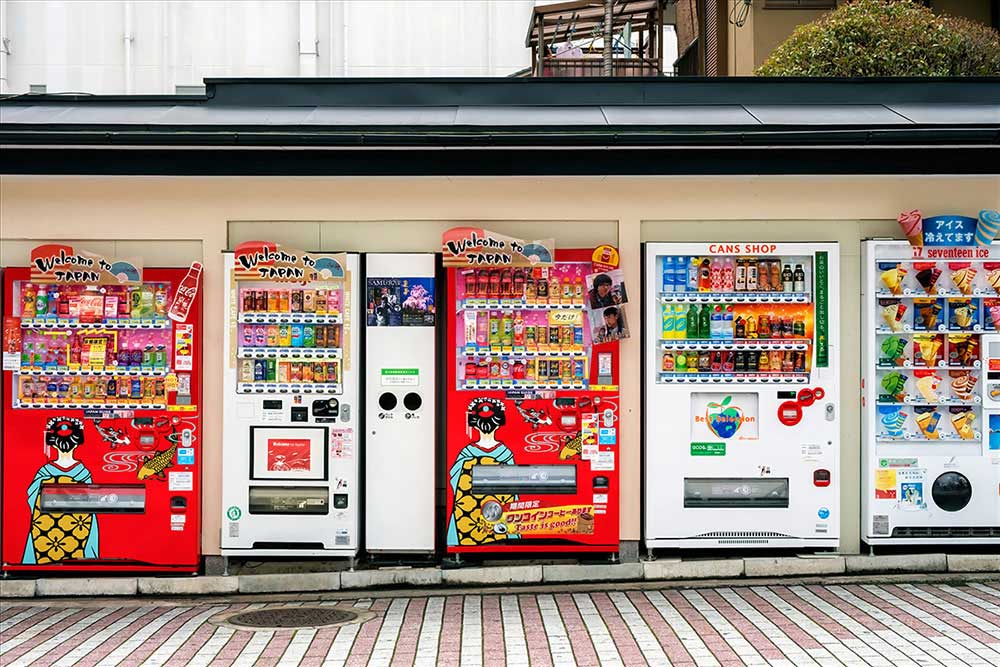 Doug is an artist born in Montreal and currently based in Langley, British Columbia, Canada. His passion for photography started in 1993 with a Nikon 35mm camera. Within a year Doug was slugging around a medium format Mamiya M645 camera and attending Ampro Photo Workshops in Vancouver learning everything he could about the science and art of photography.

Rather than showing his work in random arrangements, Doug prefers to present his art in thematic sequences. The flow of thought is an important element in his work as viewers move from one image to another. Each image is a single part of the whole sequence and work together to form a single thought.