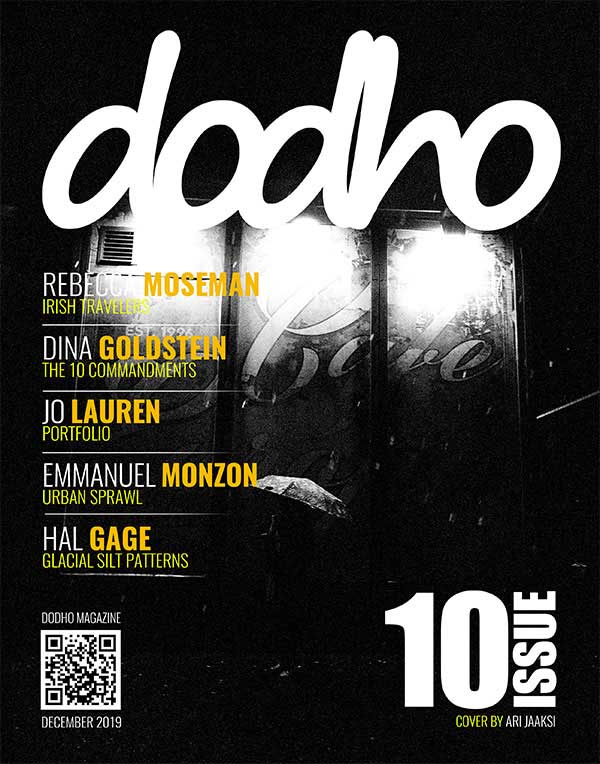 She is a photographer from Mersea Island in England, often influenced by their surroundings.

Her images draw together concepts of place and memory, exploring narratives which combine the imagined and the real. She enjoy exploring beauty through subtleties and darkness. Her work revolves around investigating the relationship between photographer, sitter and viewer and place, as part of her ongoing investigation into the contingent nature of truth. She take a particular interest in exploring emotions which, her feel, are often concealed, as well as fragilities within people and the natural world. [Official Website] 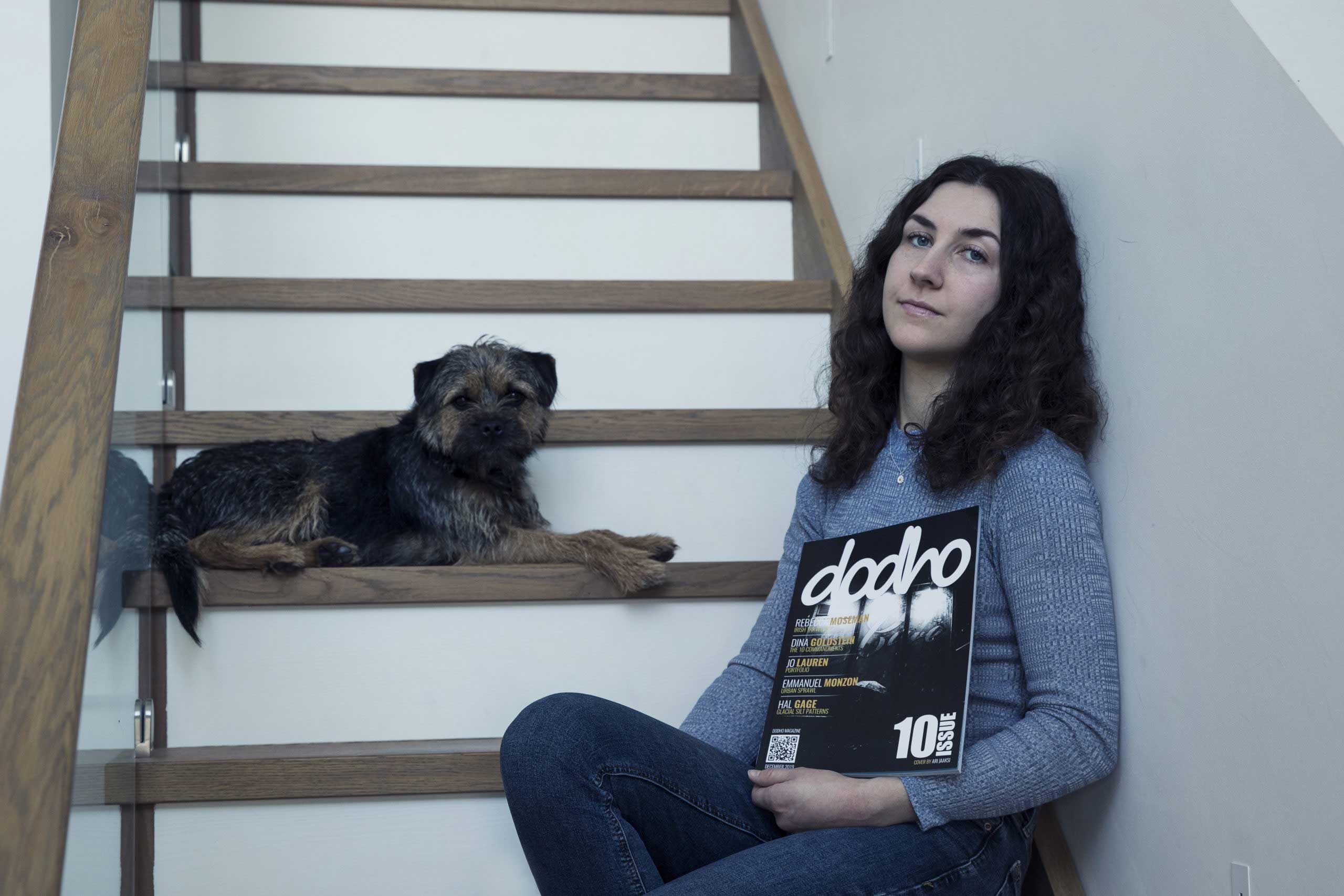 I’d like to begin by asking you about your most recent body of work, titled: ‘Portfolio’. It seems to me that this is a culmination of various images from previous projects like ‘Mersea’ and ‘Underwater’. Are you attempting to highlight with these images’ certain narratives from previous bodies of work? Or is this ‘Portfolio’ about creating a new story and identity from these images?

‘Portfolio’ is a selection of my favourite images across all of my projects. The aim of the portfolio is to get across concepts which underlie my practice as a whole; such as place, memory, truth and exploring a space between the imagined and the real, as well as evoking narrative in itself. In my images, narrative is very much open ended and interpreted by the spectator, creating an important relationship between photographer, subject and viewer.

The body of work ‘Mersea Island’, which is a psycho geographic exploration of the place I have lived throughout my life, forms a basis for much of my work and phenomenologically contributes to my methodology. In this way, my portfolio as it stands is underpinned by this.

Your work obviously details a personal and emotional relationship to the landscape and the people you photograph. However, one element which stands out in particular is this idea of death or solitude. This is represented throughout images like upside down flowers, the dead bird and even the framing and composition of your subjects. Are you attempting to explore a relationship between ‘the imagined’ and death or is this about your relationship with the landscape and the inevitable outcome of life?

Dystopia is a theme which I continue to explore; this could be linked with a potential future. Perhaps this is particularly relevant in the midst of the current environmental crisis and the age of ‘fake news’. The melancholic colour palette which runs through many of my images is a result of my fascination with this as well as my connection with the water surrounding Mersea Island.

Recently, I have been thinking about Sigmund Freud’s concept of the ‘Death Drive’. It is interesting that something which will inevitably happen to us all is simultaneously a phenomena which we are so uncertain about. Throughout my work, I am drawn to exploring ideas which I cannot quite get my head around. This sense of uncertainty intends to be projected through my photographs.

I am particularly interested in photographs that deal with underwater elements. The framing of which is very interesting as they feel like images which could have been pulled from movies. Are you planning on continuing this almost surrealistic approach to photography? And if so, are these images intended to highlight a dream like aspect of this project.

I find the medium of water fascinating. Everything changes when photographer and subject are beneath the water; relationships adjust and communication pauses, as though each person is in a world of their own. There is a link here with solitude and death, but also with birth and life.

The ‘imagined’ is an important discussion surrounding my work, and it incorporates this ‘dream like’ quality. These underwater images have helped me to explore a place between the real and the imagined in a way which intends to bring a new emotive dimension; exploring the familiar and the unfamiliar in another way.

Going forward, this is certainly something which I will be continuing with, either through a development with my ‘Underwater’ series directly, or through pursuing the somewhat ‘surreal’ quality. Much of my inspiration comes from film and television, so the cinematic element to my work feels important alongside the sense of narrative I aim to communicate.

The Mersea Island project could be described as a psycho geographic exploration of this place which has had a huge impact upon who I am. It explores traces of reflections upon memories of the place, therefore creating a depiction of Mersea Island which partially originates from my own experiences of it, layered with invented narrative and external inspiration.

Mersea is a very important place to me, where I feel completely at home. However I also feel tied to it and trapped within its boundaries. These feelings all contribute towards the creation of images. However, I hope for the photographs to be ambiguous enough that the viewer can project some of their own feelings and memories onto them.

I think it is also important to note that, although Mersea Island is a constant source of inspiration for me, it is not the main theme of all of my projects. For example, ‘Place’ is more about an invented space which does not geographically exist as a place in itself. This is more inspired by place creation which is explored through many books and films.

The video titled: ‘Lost’ is again a very interesting interpretation of memory and trace. Are you inspired by directors like David Robert Mitchell, who deal with elements of trace and suspense under the horror/thriller genre of film?

‘Lost’ explores Sigmund Freud’s concept of the Uncanny through moving image. In this way, it considers a more specific version of the familiar and unfamiliar. It also addresses the ‘heimlich’ (homely) and ‘unheimlich’ (unhomely) with reference to the place in which it is filmed being the house which belonged to my late Grandparents.

These themes within the horror and thriller genres were definitely important in the making of the film, though I always wanted to keep these subtle and implied. Specific sources of inspiration include David Lynch’s portrayal of the Uncanny within ‘Twin Peaks’, as well as an investigation into literature such as Adam Scovell’s ‘Mothlight’ which explores the weird and the eerie.

Concluding this interview, I’d like to ask you about any future projects which are in the making, and if so, are you planning on continuing investigating and exploring the island of Mersea and its landscapes?

I am currently in the process of beginning my next project. In a way, this will be a continuation of all of the work I have done before, so perhaps not entirely a project in itself. I would particularly like to build on this idea of ‘place’ and how I could create a narrative structure through a series of images which the viewer is able to interpret through their own perspectives and perception of life. The intention for this would ultimately be an exhibition with multiple elements including stills, moving image clips and objects to immerse the viewer in the work.

I have an interest in creating imagery for film and television, so the cinematic visual will continue to be important going forward. Recently I have been working on larger productions and more considered individual images in a project titled ‘Unexplained’, so I will be drawing elements of this into some of my future work.

Mersea will always be one of my biggest sources of inspiration because it is such a big part of who I am, however it may be that it takes more of a backseat in my future work as I break out of its constraints.

Elliott Erwitt: the intelligent humor of the mundane