The Nearest Airport is Tuticorin which is connected from Chennai Airport. Tuticorin known officially as Thoothukudi, earlier used to operate as a minor port for pearl fishing and trading with neighbouring Sri Lanka. A 300-year-old Mutharamman Temple resides in the town where a massive Dasara celebrations takes place every year. This festival is very unique from every perspective starting from devotees’ costume, face painting, expressions & the extreme devotion from the devotees’ which makes a great cultural atmosphere during Dasara days.

As per the tradition of this temple, devotees are inspired to transform themselves as Goddess Kali, kings, monkeys, beggars, and have to beg in the streets of the town. Their collected money is then submitted as an offering to Sri Mutharamman Goddess. Transformation to different looks are very much unique & powerful specially the looks of Goddess Kali as per Hindu Mythology. Devotees carry big fire pots on their hands as a part of the ritual, directly giving burning camphor on their heads & tongue during this Transformational Journey. Catching the moments of these powerful expressions towards their almighty are different from any other Dasara celebration of India and difficult to freeze the frame.

More than 1.5 million people gather here year after year on the tenth day of Navaratri which is called as Dasara which falls generally during October Month as per Calendar. This day is also considered a most auspicious day in the localities to start any kind of new venture. The photo series consisting different moods, expression, emotion of the devotees while observing the Dasara Festival at Sri Mutharamman temple. Watching this Dasara Festival from an artist point of view is very unique and to remembered for long time. 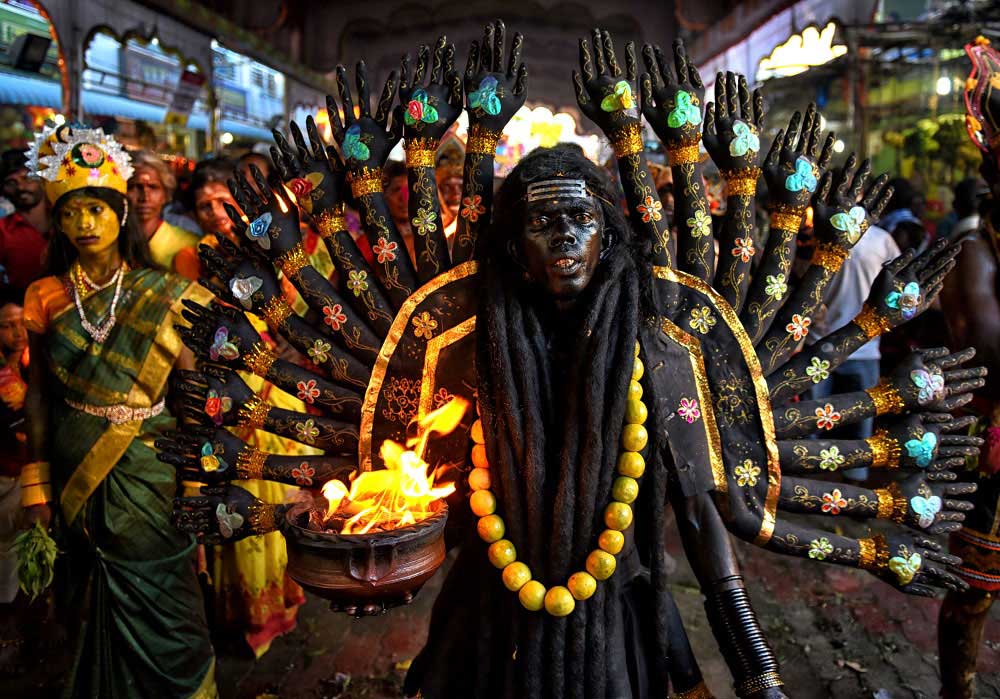 Avishek Das is an Indian born Photographer. Over the past 7 years he has been actively associated with this field of photography. He is the Chairman of Creative Art Solution – A Registered Photography Club of India under Federation of Indian Photography & Liason Officer of Master of Light Photographic Association for Asia & India.

Hai Zhang : The eye is not satisfied with seeing