For over forty-five years, Doug has been living in the desolate rain forest of Vancouver Island, Canada. I met him on his campsite in 2010, and he has been in my thoughts ever since.
116311 min
SUBMIT YOUR WORK
HoursMinutesSeconds

For over forty-five years, Doug has been living in the desolate rain forest of Vancouver Island, Canada. I met him on his campsite in 2010, and he has been in my thoughts ever since.

What is it like to live on the far-flung edges of the world? How do you survive in a forest full of wild animals, without the faintest trace of a cell-phone connection? I have always dreamed about a life away from society, but would I dare to actually live it?

When I visited Doug with my camera two years later it seemed his sole interest was to talk about the history of his forest. There had been close communities here: first, a group of pioneers, and later a military radar station, where Doug used to work as a carpenter. Their remains were scattered across his campsite – every day utensils, and even entire buildings. Doug had plans. He would build a hostel; his site was to be an open-air museum, a monument for forgotten times. But the forest permeates everything, and the rains pulverise wood and paper. For Doug, it is a losing battle.

To better understand Doug, I immersed myself in the history so dear to him. Over the following years, tangled up in the forest’s past myself, I began to wonder: do we actually have control over our lives? Are our choices made as consciously as we like to imagine? Or are we bound by fate? What remains after we are gone?

Doug’s Cabin has become a mosaic-like book, a labyrinth of stories across multiple layers of time and reality. Its photographs, diary fragments, drawings and found footage carefully peel off the fragments of Doug’s life and his past, and above all, show the forest in all its elusiveness.

Doug’s Cabin is published in April 2019 by The Eriskay Connection. 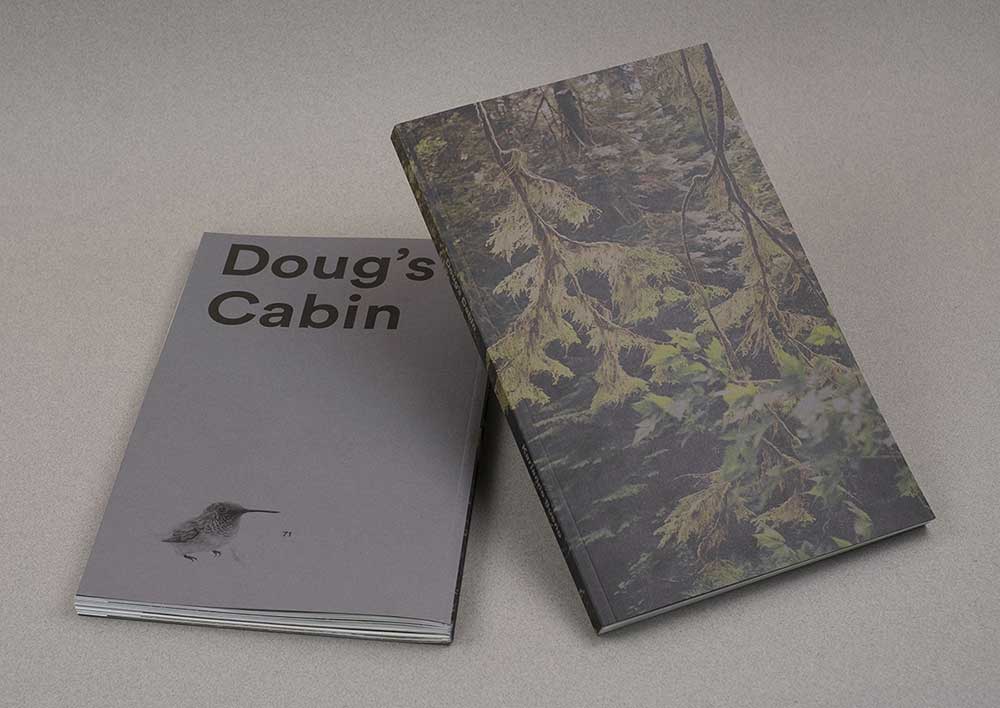 I am a storyteller, using both photographs and words. My work focusses on our ambivalent relationship with (wild) nature; always balancing fact and fiction, and the universal and the private. I am very much drawn to a life outside society but at the same time loneliness is the thing that most frightens me. I work slowly and use my time to delve into my subjects, read and write about them, and their theoretical ‘entourage’ – their specific past, the way time manifests itself in their off-grid realities, or what it actually feels like to live that other life. I thoroughly edit my photographs into multi-layered stories. The projects usually end up becoming photo books. The book is a medium that recalls a form of quiet intimacy that I find should be a part of the work.

I am currently working on another long-term project about my cousin, who is a part time shepherd and horse whisperer to-be. She lives in a bus. [Official Website]

Interview with Dušan Kochol, founder and director of OFF Bratislava