The only postproduction on the photo is a little boost in the contrast and vibrancy.  The effect with the mirror is 100% captured in-camera, by holding an actual mirror, experimenting with different angles, and waiting for the correct lighting.
40626 min
SUBMIT YOUR WORK
HoursMinutesSeconds

Loreal Prystaj is a visual artist based in New York City. She attended the Fashion Institute of Technology in New York, and received a BFA in photography in the Fall of 2013.

Her work often times exposes the relationship between time and space, with a juxtaposition of the human form and it’s environment. She expresses ideas through using photography as her base medium and expands ideas through video, installation, performance, and interactive pieces. Often nature is implemented in her work, and she uses symbolism in order to find the animate in the inanimate and to break the animate down to its essential components. Prystaj saw her first solo show take place in New York’s Lower East Side, exhibiting venue Gallery Sensei, introducing her renowned series, Being (February, 2015). Since then, she continues to exhibit in New York, along with showing bodies of work internationally, such as Japan, France, Italy, China, Finland, and throughout the States. This Fall 2017, she will be attending the Royal College of Art in London to receive her MA in photography.[Official Website] 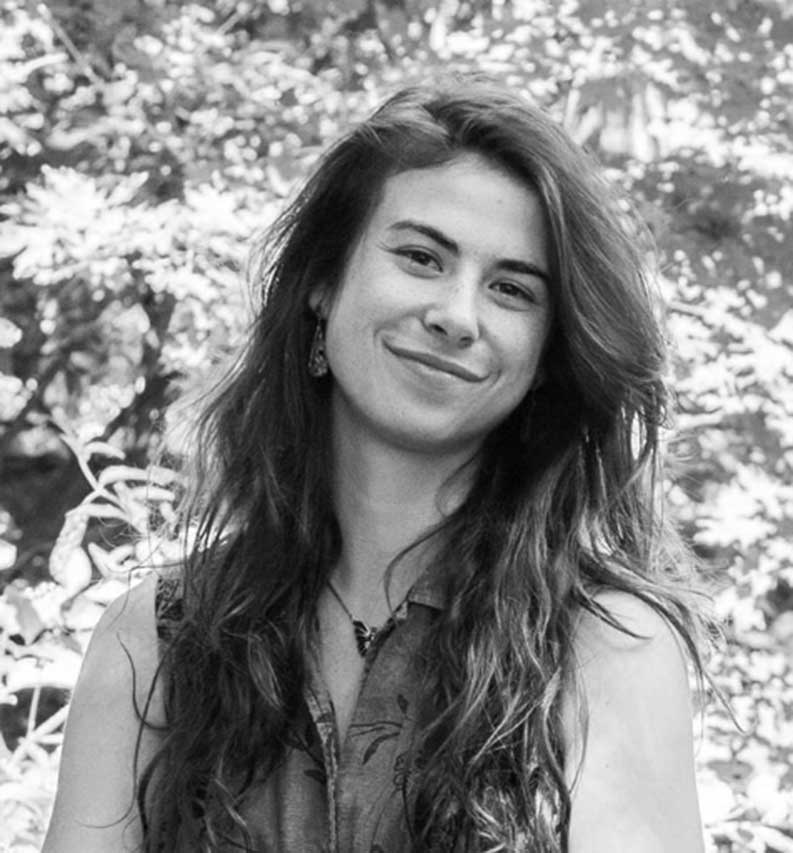 Often, we look in mirror’s to see closely the details that otherwise would go unnoticed, but rarely use mirrors to look at the “big” picture.

This image is part of my series, Reflecting on Nature, Which questions what it means to be human beings on Earth. I realized there is no such thing as compromising with nature; we simply abide by how it lives and exist as a part of it. Nature is very relevant to each individual’s well- being, but more so than it is part of us, we are part of it. 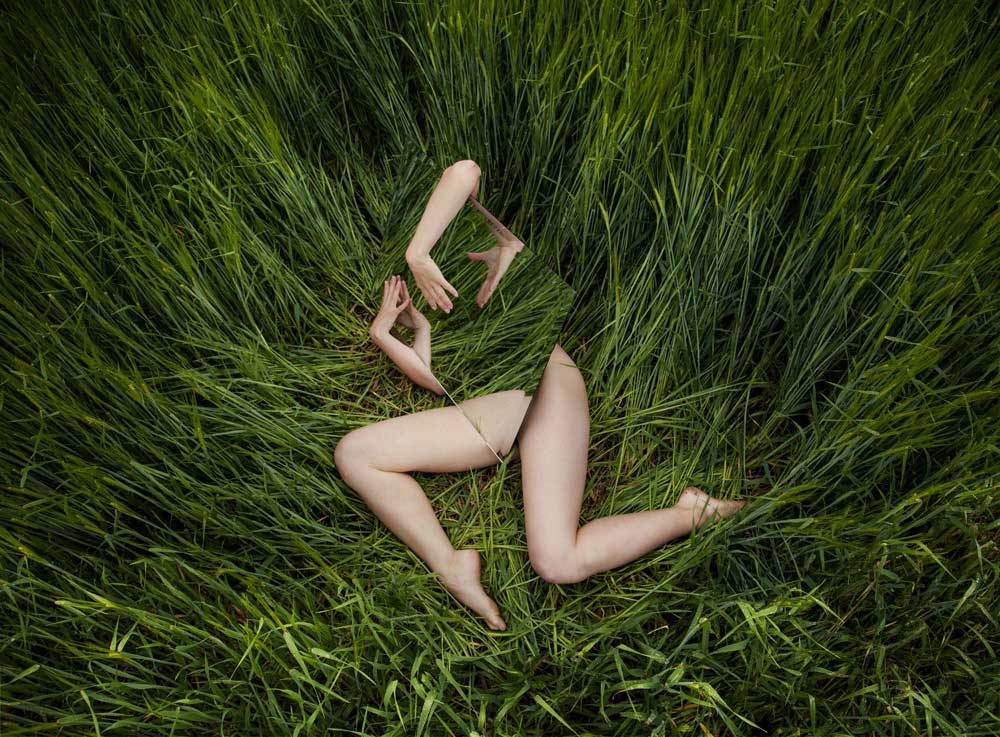 The equipment I used for this shot, was a tripod, a 5D Mark II, an actual mirror, and self-time remote.

The Camera was set on a tripod, at its highest height, and angled downward to face the ground.  I used a self-timer remote to capture the image because I am the figure behind the mirror, which resulted in many attempts to get what I wanted.

Oh, there were many challenges… The photograph was shot in a grassy field outdoors, so the lighting was constantly changing.   It was important that the lighting was similar to a giant softbox, which meant waiting for a bright, but overcast day.  The whole series, including this image, are photographed with a remote self-timer.  Being that both of my hands were holding the mirror, I ended up putting the remote in my mouth and clicking the shutter, by biting down on the button, which took a bit of practice.  Lastly, there was nothing between my skin and the clean sharp edge of the mirror, that resulted in some “battle wounds” for each image – but I will have to admit, it was well worth it!

The only postproduction on the photo is a little boost in the contrast and vibrancy.  The effect with the mirror is 100% captured in-camera, by holding an actual mirror, experimenting with different angles, and waiting for the correct lighting.

The land by Michał Konrad