My work is a depiction of reality as I perceive it.

Constantly asking myself not only the question what do I see, but moreover what image lies deeper, I tend to engross myself with the picture before me looking for friction, distortion and movement, using Photography as a method with which I can portray my own reality. [Official Website] 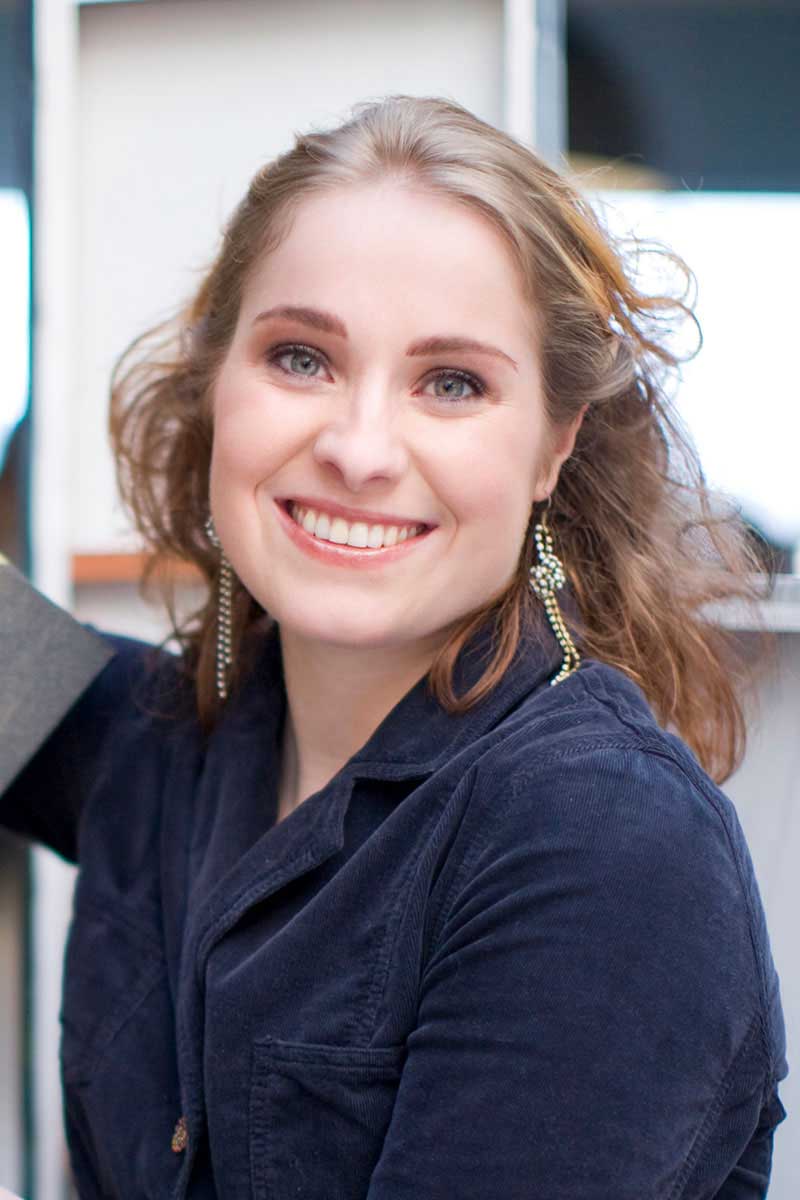 Deborah studied at the Art Academy Minerva in Groningen, Scenography and Autonomous Art/ Photography.
Horses and people, tigers and people, wolves and people, musicians … the work of Deborah Roffel is striking. That is why it is all the more striking that she is actually relatively unknown in the Netherlands. But anyone looking at her record list sees a lot of prizes at international photo festivals and exhibitions outside the country’s borders.

Deborah Roffels is also endlessly fascinated by the animal kingdom. With her ongoing project Respect, she has been researching the relationship between humans and animals for ten years. She does this by photographing a well-known Dutch person with an animal. “It started with a photo of former footballer Evgeniy Levchenko (Ukraine / The Netherlands), whom I photographed with a snake on his head. Meanwhile several well known Dutch persons have stood in front of my camera, but Levchenko is still the most frequently my subject.

“With the animal portraits, Deborah wants to emphasize the respect between humans and animals. We see the powerful image of a Levchenko and a horse.
“ Evgeniy Levchenko and the Friesian horse Jauke embrace each other, give each other a mutual respect. That relationship, that is what I am concerned about.
This work is a picture from a serie and Internationally it is a success. 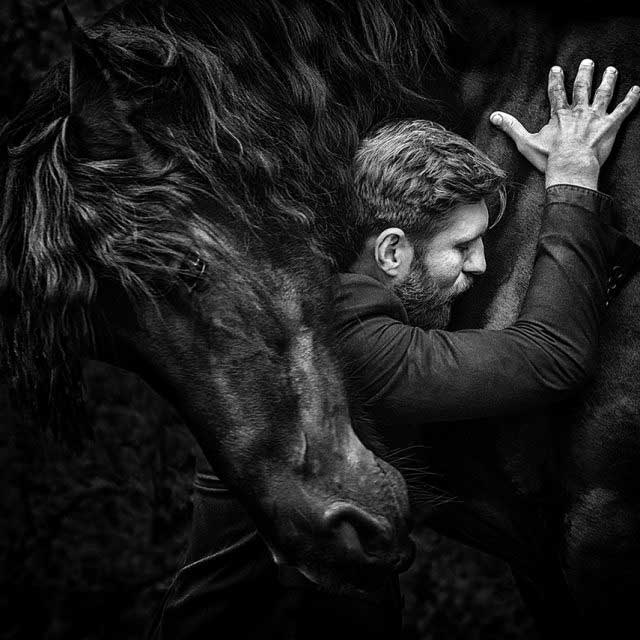 I used a Canon 1DX with a 70-200mm Lens F2.8 IS II USM
About the light, I didn’t use artificial light source with this picture, but with other pictures in this serie I used the Elinchrom Ranger Quadra flash set with a softbox.

Photo shoots like this cost a lot of organization, you have not arranged these beautiful animal models or locations just like that. With the owner of Jauke I can work very well together, with Jauke you can do a lot, so he can sit, lie down and prance. But you work with animals so it always a nice surprise how it works out.
Especially on this photo is that Evgeniy Levchenko had to sit down on my Pelicase otherwise he was too high. He had to place very close to Jauke and he had to place his legs between the hooves, of course there was a risk involved. Jauke was allowed to embrace Levchenko and he put his whole weight on his shoulders, which was very heavy. Fortunately, it only took a short moment. After that, Jauke was, of course, entitled to a reward for the work he deserved.

The retouching of the image; Desaturated the color, adjust the curves in different layers. Boost the contrast and add a vignette. Some details are extra accentuated in also different layers and I made a square cropping.