About two decades ago my father moved to Scranton, Pennsylvania, and this was only my second experience with the United States.In the late 70’s he took the journey from Greece to the Big Apple to pursue a PhD, which led him to the Keystone State.
401713 min
SUBMIT YOUR WORK
HoursMinutesSeconds

About two decades ago my father moved to Scranton, Pennsylvania, and this was only my second experience with the United States.

In the late 70’s he took the journey from Greece to the Big Apple to pursue a PhD, which led him to the Keystone State. Living in Pennsylvania and traveling through the cities, towns and landscapes helped shape my perception of what America is, or isn’t, away from the lights, glamour, fantasy and illusion of the Metropolis.

I always considered myself, and still do, an outsider with an insider’s perspective, both in regards to my state but also the country. I experienced the land through a cold yet intimate perspective without any preconceived ideas and I was fortunate to do that without a camera. I feel very fortunate about this because it has shaped my vision and response to this place without a lens filtering my view. This circumstance was integral in developing my understanding for this land and its people, a vital ingredient that ultimately shapes my current vision. Through the years my love and understanding for this country grew but, unavoidably, also the confusion as to the direction and future both on a local and national scale, both socially and economically. For me, a photograph that was taken eighty-three-years ago, became a prophecy and a curse.

In November of 1935 Walker Evans made a photograph about Bethlehem titled “A Graveyard and Steel Mill in Bethlehem, Pennsylvania”.  A large cement cross sits in the foreground overlooking a perfectly composed scene of American life and industry. A cemetery competes with brick homes and porches that are knitted together in a plateau, fluctuating between past and present. Just when your eye comprehends the few inches of greenery, you look up only to see a changing landscape of hard factory life. Like any brilliant photograph, it speaks in a dichotomy of quiet and busy, charging rapidly towards the future yet relentlessly becoming a prophecy of the uncertain. About 35,000 people from the city of Bethlehem worked at the mill, almost half the population of Bethlehem. The mill closed and parts of it have been turned into a casino and a shopping center build with imported steel. Other industrial monuments across the county were not that lucky.

This project is an ongoing observation of the fading American dream so typified in the Pennsylvania landscape but widespread across the United States and especially in the Rust Belt. My subject choices derive from intuition and the desire to explore the unknown and rediscover the familiar. Through form, light, and color, I let the work develop organically, and become a commentary of place but also of self. I am interested in showing how things look, but mostly how things feel, with the hues and light playing the role of a constituent of hope. The work is a product of love, for both the state and the country I have called home for the last two decades. Mostly though, it’s about the experience of witnessing the environment and I aspire to transfer those feelings to the viewer.  While my interest is not in the depiction of desolation, at times it becomes necessary to the narrative.  It is important to me to understand both the land and the people I photograph, regardless if the latter is from a distance. I search for images that reflect, question, and interpret life in the towns and cities across the Keystone State. My interest is in the vernacular and the inconsequential, that which becomes metaphorical and a connotation to a personal visual anthology; First and foremost, these photographs are about me, but also might be about you. [Official Website] 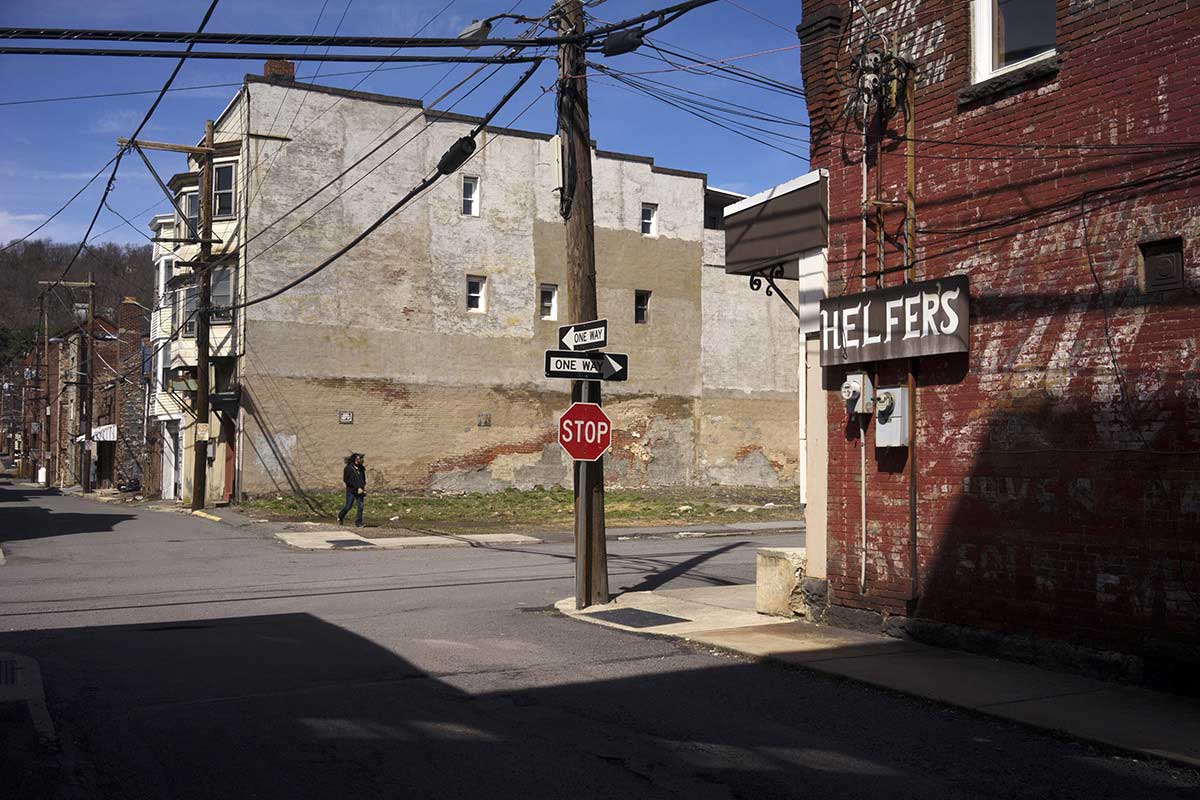 Anatomy of a Photograph by Radoslaw Pujan

To The Edge by Tom Chambers