My goal was then to meet them, get to know them and give these hard-working bodies the importance they deserve, both in action during their work, or as ephemeral model under the lights of the improvised studio.
28447 min
SUBMIT YOUR WORK
HoursMinutesSeconds

This series was completed in 2013 on the sidelines of an order on the construction site of the Maison de Radio France. While the site is full of workers, they are given no credit.

My goal was then to meet them, get to know them and give these hard-working bodies the importance they deserve, both in action during their work, or as ephemeral model under the lights of the improvised studio.

In 2013 I have been called by the architecture agency AS Architecture Studio to cover one of its construction sites, namely the Maison de Radio France in Paris. A strong symbol situated a couple of hundred meters from the Eiffel Tower, this building isn’t well known either by the French nor the tourists. During those weeks I had the chance to visit places with very particular atmospheres, meeting workers, capturing life moments more than the evolution of the construction.

At the beginning it wasn’t easy to blend in. The workers were very alert when I came in with a camera and I needed a couple of days, eating and joking with them, to be considered as part of the team and « disappear », giving me the chance to shoot without them noticing me. Doing so, I could capture incredible moments, playing with contrasts as I just had the light of the site.

My intention was to represent these workers in their intimacy, trying to humanise this anonymous construction site. Then, compared to a movie were every participant is mentioned, the « credits » of a building lot is quite short. It seemed fair to me to give a body to these working shadows in order to document the site’s morphology, its tensions as well as its expectations, its effervescence as well as its weariness. These « shadows » come to life without becoming quite human, abstraction leaving an open door to the imagination of the viewers. [Official Website] 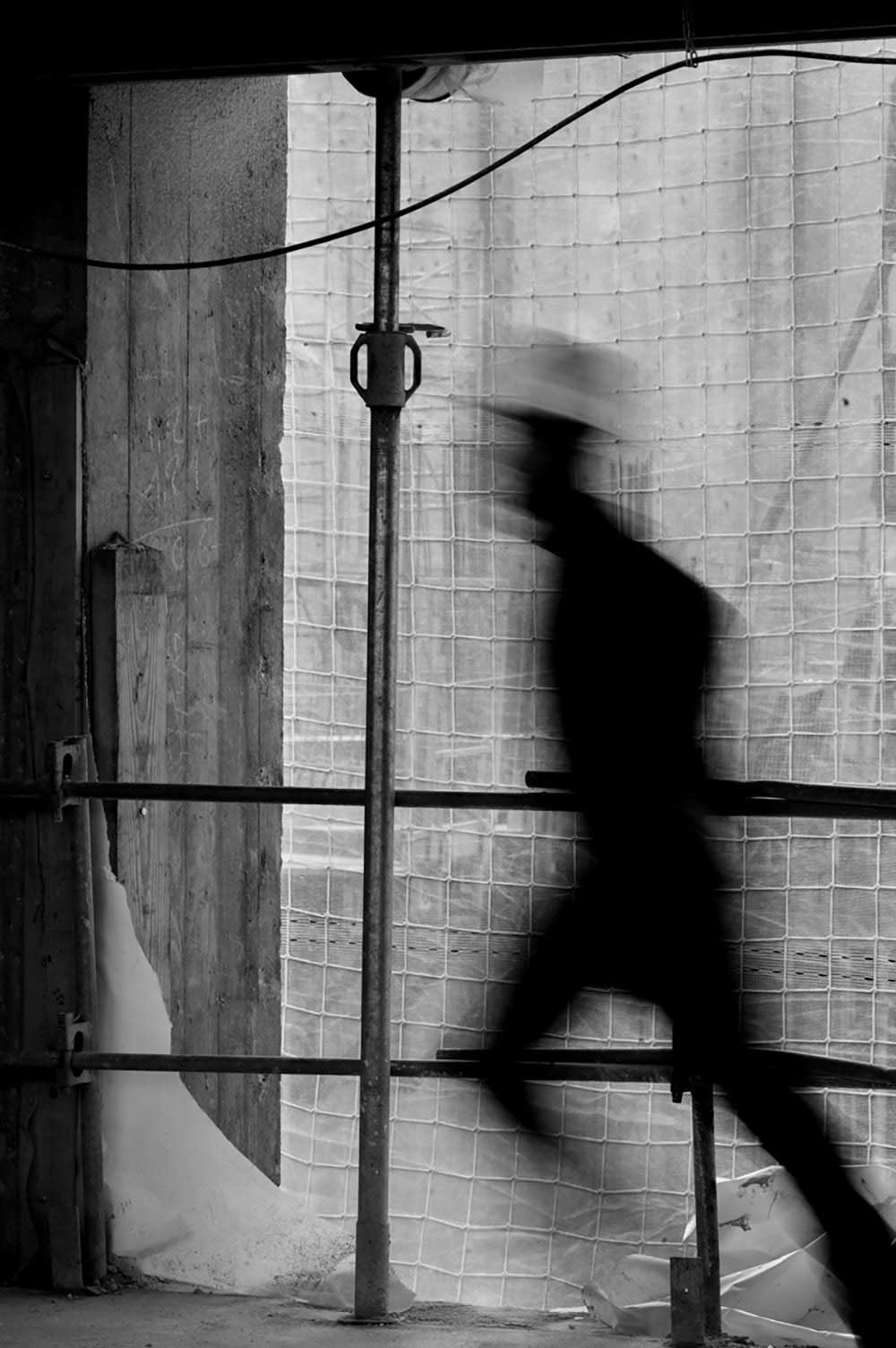 A Sacred Pledge in Bromo by Reza Fitriyanto