The story is old: iconic objects crumble into dust or, at best, provide a suitable background for selfies. One dramatic fall from grace has been particularly striking: the shift from tower
45169 min
SUBMIT YOUR WORK
HoursMinutesSeconds

The story is old: iconic objects crumble into dust or, at best, provide a suitable background for selfies.

One dramatic fall from grace has been particularly striking: the shift from tower—a dominant presence in the cityscape asserting supremacy of the modernist idea over man—to “gray concrete box”, from icon to index, from a meaningful token to a plain gesture.

Not quite as plain as it seems, though. In the new era, modernist towers are stigmatized with memories and traumas of Homo Soveticus.Some buildings were given cynical nicknames—e.g., False Teeth, Titanic, House of Sex Galore, Centipede; others became nameless “boxes.” In Bernd and Hilla Becher-style typologies, formerly diverse towers are reduced to faceless archetypes of the strictly functional industrial architecture. This sign transformation is driven by unconscious defense mechanisms that devaluate and repress traumatic experiences; things that used to be grand are being made insignificant, conceptually dead. Just as during the Communist reign, the bright future is out there and in its light the reality looks bleak and gray and hollow.

Denis Esakov was born in Karakol in Kyrgyzstan in 1984 and currently lives in Moscow. His works have been published in leading architectural publications such as Domus (IT), The Architectural Review (UK), MARK (NL), Archdaily (US), The Modernist (UK), Designboom (IT), ORIS (CR), The Calvert Project (UK) and exhibited at the V Moscow International Biennale for Young Art, Moscow Museum of Modern Art, Shusev State Museum of Architecture, Moscow Manege, Gallery of Classical Photography. [Official Website] 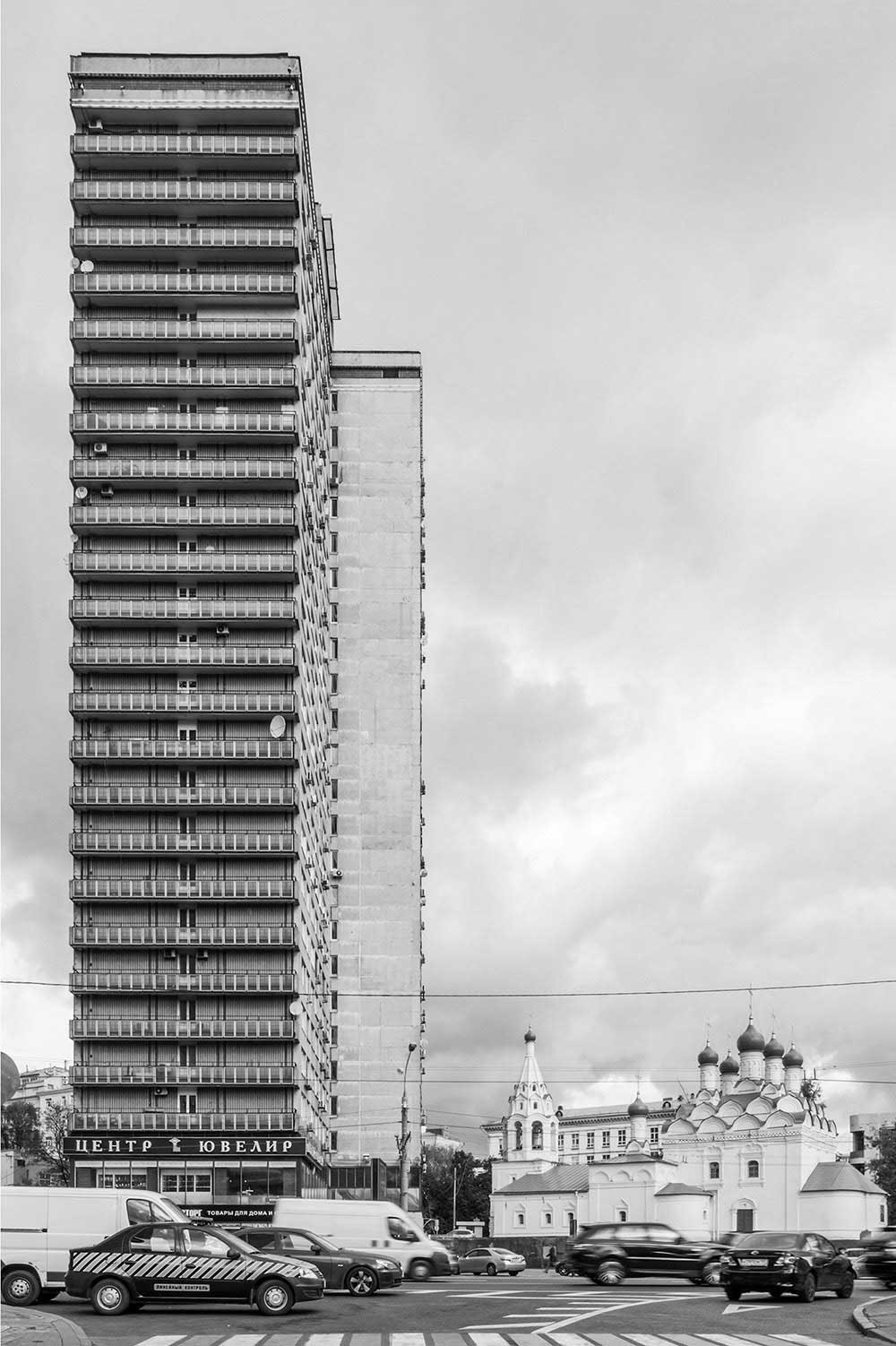 Accents and form  by Dasha Matrosova