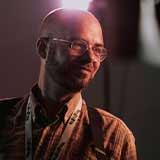 Christophe Demigné | 1st Place | Christophe Demigné is a French Photographer. He began his career in the cinema, first as an assistant director. Used to shootings and movie sets, he felt in love with lights and stories running from images to images. But, more than everything, he felt in love with spaces. Old castles. Little houses in little towns that everyone ignore, which are still telling a story. So, he guides his career as location scout. Fascinated by all treasures all around him. With his pictures, he simply wants those spaces to be alive again. To let their ghosts talk. And mostly, to tell story and let magical these places telling us 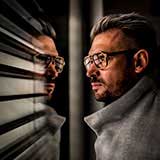 Milos Nejezchleb | 2nd Place | The Czech photographer Miloš Nejezchleb was born in 1978. He lives in the Czech Republic and has got three children. He has only
been involved in conceptual photography since 2016; however, he has already won several prestigious international awards. Milos is the absolute winner of the Fine Art Photography Award in London (2021), where he won the FINE ART PHOTOGRAHER OF THE YEAR title. He is the winner of the Malta International Photo Award (2020) also, among others, the winner of Czech Press Photo (2018) and a finalist in the Arte Laguna Prize art festival in Venice (2021). The most characteristic features of his photographs are strikingly colored elements with a clear focus on the artistic side of photography. Svetlin Yosifov | 3rd Place | Svetlin Yosifov  travel photographer from Bulgaria. I was born in Bulgaria, and I had the privilege of living in this beautiful country all my life. My employment is in a private sports club, focused on extreme sports, which involves a lot of travelling and keeps my life dynamic and interesting. Apart from this, I love travelling abroad and do this once a year for a period of two months. I always associate these trips with diving in the unknown, meeting new people and experiencing something new. My adventurous spirit is my main drive, the inner flame, that keeps me going! Not a professional freelance photographer.I define myself as a travel-documentary-art photographer. Almost 20 years now photography has been part of my life. My passion is catching street portraits and trying to figure out my object’s character.Portrait photography is the most compelling genre for me. The impact of a single photo, comes from the emotion it reflects.My Point of interest – traditions in primal and natural places like India, Ethiopia, South Sudan, Kenya, Indonesia, Vietnam, Laos, Cambodia, Cuba and more. I  consider good photography to be much more that a snapshot or a memory, it is something that tells a story, strong enough to influence the world we live in and raise more awareness. 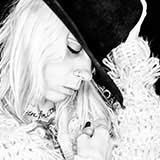 Jose Girl| Honorable Mention | Jose Girl is a visual artist born in Spain and based in California since 2010. Describing her is describing her artwork; both are constant, crucial, precise, and alternative. Each image holds a notion of the sanctified, the erotic, and the aesthetic; ethereal concepts that we can access only with our imagination. Some images are treated with a digital effect that works as if the prints were altered by the chemical process of time. In other images, bright colors, whites and blacks, accentuate the object in focus. She discovered her passion about capturing life shots with her camera when she was 15 years old and has been cultivating that passion since then. Her work during the last 20 years has oscillated between her more personal work based on portrait photography and her work on music (music photography and music documentary/video direction) She has also published 3 photography books up to date. Her photographic work has been exhibited in Spain , Berlin, Mexico and the US 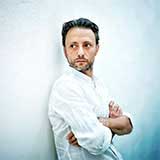 Alexandru Crisan | Honorable Mention | Alexandru Crișan (b. Bucharest, Romania 1978) is a visual artist interested in the existential complementarity of objective and nonobjective forms of expression. To resolve the former, he is an architect – “but one doesn’t shoot the breeze when it comes to architecture, one comes with bricks and mortar where the breeze will shoot”… As far as the latter is to be unpacked, his “counter-professional” career in photography began in 2008; his paintings stand, for almost three decades, as the most intimate, borderline atavistic, acts of divulgence. Assuming that taxonomy is of any consequence, he is partial to fine-art photography and abstract expressionism. The eclectic nature of his works is, therefore, a given. His photography is a direct result of compulsive visual disquisitions on impromptu portraiture, architectural equivocations, parametric manipulations, “hybrid storytelling” and evocative conservationism.