Omri Shomer is a street photographer, 34 years old, based in israel. He recently married to Tamar, and a father of Noam,his daughter. He started to take photographs at age 13, both stills and video.
43786 min

Omri Shomer is a street photographer, 34 years old, based in israel. He recently married to Tamar, and a father of Noam,his daughter.

He started to take photographs at age 13, both stills and video. His love story with the camera began when his father bought an 8mm video camera, and he became obsessed with documenting everything. At the same time he took stills photos with a 35mm pocket camera too. Omri have been working as a copywriter in advertising agencies for 7 years. But he reached a stage where he was missing something. 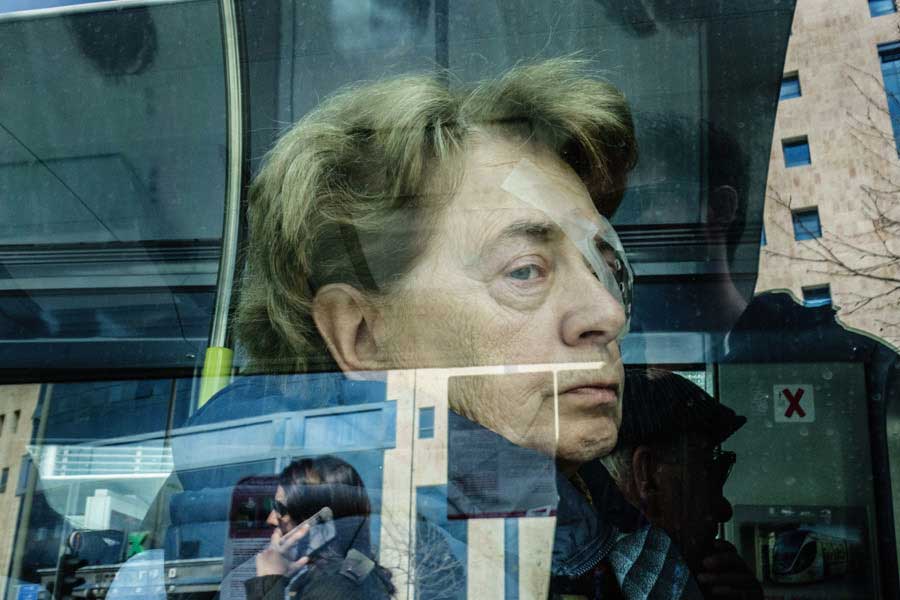 Through his work with the art director, he had more and more contact with visual concepts, and this, in turn, stimulated him to photograph in a more conscious fashion. After seven years, in which he only wrote and was under the sort of intense pressure that only an advertising agency can create, he have had enough of writing. Photography, as he said, gives him the ability to carry on telling stories, without writing, and, in particular, to continue creating which is the most important to him

When Omri go out to the street he work by instinct and emotions. sometimes he simply feel that it is the right time, or the right situation,stops, and take photos, and sometimes he paint a mental picture of a situation which could be particular to the place where he standing, and he wait there. Sometimes it is very surprising, and exciting, that a person who you think might, perhaps, pass by, does in fact pass by right there. Then everything fits into place. The technique is sometimes just patience, according to Omri. Creative photography is the new way, to express himself as a professional creative person. Photography gives meaning to his life, Without it, he would probably lose his sanity, “because Life is Long grey routine”, according to Omri ,and that’s what his project all about, him against the world.

Omri noticed that a lot of his friends that work in the field of creative, as he does, suffering from extreme mental changes. A Roller Coaster that Ranging from joy to depression. “Working on a particular project is accompanied by anger, stress and self-beating. When the product finally goes public it changes to extreme happiness. But its lasts for a very short time. Sometimes it can be fade away after an hour or a day. Immediately after that you can feel deep depression and emptiness”.

There for, the series of his images suffers from a lack of consistency, b&w, color, creative point of view, joy, light,simplicity, complexity, darkness and sadness are mix to a combine project. “On second thought, You can say that there is some consistent in the inconsistency”, said Omri. and that characterizes the series and his life as well. Omri always shoot, he take photos when he is happy and when he feel emptiness or sadness.

It is like a spinning wheel, sometimes sadness can create images with clever Insights and that’s make him happy, but unfortunately it last for a very short time. “At the moment that you click the camera, you can feel whether a shot is successful or not. A gut-feeling always beats logic”, he laugh.

Not because of a karma, but because of our personal make-up as human beings. For instance, if a person with high self-confidence walking down the street, the chances are that he will walk in the middle of the road, or in the middle of the sidewalk, with a certain manner of walking, and so on, and the opposite is also true, a more introverted man might prefer to walk in the shadows. The street brings out a whole load of stuff that is hidden in our sub-conscience. I believe that the street and man are one”.