Composing scenes at twilight on night were the conditions perfectly align, Jesse is able to incorporate the stunning center of the Milky Way galaxy into his landscape photos through the use of creative long-exposure imagery. These photos are among the most difficult landscape photos to capture, as working in a pitch black environment in difficult terrain is almost always required. However, the feeling of successfully capturing the splendor of the night sky, revealed through a long exposure, is greatly rewarding.

First entering the landscape photography community in the Summer of 2012, Jesse Summers has attained international notoriety as a talented nightscape photographer over the course of only a few months. With representation in hundreds of blogs and online photography sources, Jesse’s work has been shared extensively across the globe. Jesse’s photo “Night Sailing,” a long exposure of a grounded sailboat against the lower band of the Milky Way, was shared by both National Geographic and the One World One Ocean group in early 2013. This is not the only one of Jesse’s photos to receive critical acclaim. “Stars over the Honeymoon Suite,” taken in Cedar Key, Florida in late 2012, was awarded the Grand Prize in the Florida Travel Magazine’s annual juried contest. 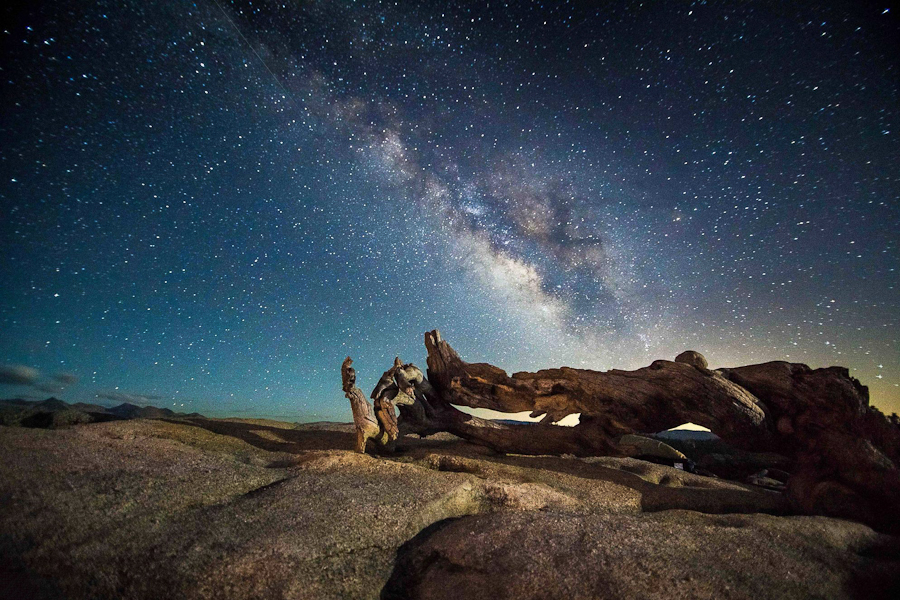 Having gained a significant on-line presence, Jesse Summers is focusing on expanding his portfolio significantly during the “Milky Way Season,” or the Summer months, in both his home state of Florida and the American Southwest. “The Southwest region of the United States enjoys some of the darkest skies in the nation, combined with stunning geological features,” says Jesse, “I intend to capture otherworldly night landscapes that make the viewer stop in their tracks and commit to getting out into nature and looking into the sky at night. One of my favorite feelings is when people, while participating in one of my workshops, are able to view the Milky Way’s center in its full glory for the first time as it rises from the horizon in the early morning. It is truly special that modern photographic equipment allows us to capture the night sky in such amazing detail and share it with others.”

Jesse’s photographic beginnings were humble. Having never been formally trained in photography, he relied on the internet for learning both compositional rules and post-processing insights. He poured over landscape photos from artists he admired, trying to understand how they approached the scenes that they captured. Jesse admits to still being a novice with respect to the art, though he tries to visualize and then capture unusual and striking scenery that pulls in and captivates the viewers. “It took me at least ten tries to get the right lighting for Florida Sunset,” Jesse recalls, “I set up at the same location night after night until the light was perfect and I was able to capture the fleeting golden light on the grasses of the salt marsh.” Other shots, however, are more serendipitous. “With Night Sailing, I was lucky enough to have low tide correspond with the Milky Way directly overhead in early October. This allowed me to capture a motionless boat with the surreal band of the Milky Way above it. By far, this has been my most popular image.” Jesse is confident that his photography will keep him engaged for years to come. With so many scenes to capture after the sun has set, his opportunities are nearly limitless. [ Official Website ]

“I’m excited for what the future holds, I’m ecstatic that through my photography, people can come to appreciate our humble planet’s place in the vastness of our galaxy, brilliantly illuminated for those who seek it at night.” The focus of Levent Karaoglu