America, Looking In is an assortment of candid street scenes, tender encounters, peaceful landscapes and abstract reflections that present a glimpse into the neglected corners of America.
336912 min
SUBMIT YOUR WORK
HoursMinutesSeconds

America, Looking In is an assortment of candid street scenes, tender encounters, peaceful landscapes and abstract reflections that present a glimpse into the neglected corners of America.

A street scene in Hollywood with the numbers 666 in the upper right of the frame suggests the atmosphere of the city.

A drifter poses against cube glass in St. Petersburg, Florida. A senior woman waits in a wheelchair at the Hooters Casino Hotel in Las Vegas. These are a few examples of what draws James’ interests. As a Canadian, his curiosity in knowing what lies beyond the border has had him travelling throughout the United States in hopes of better understanding the parallels between the two countries.

In my awareness, when I travel around America I feel a sense of déjà vu. It’s strangely familiar, however warped. I hope to one day figure out why I feel so strongly drawn to the American landscape. 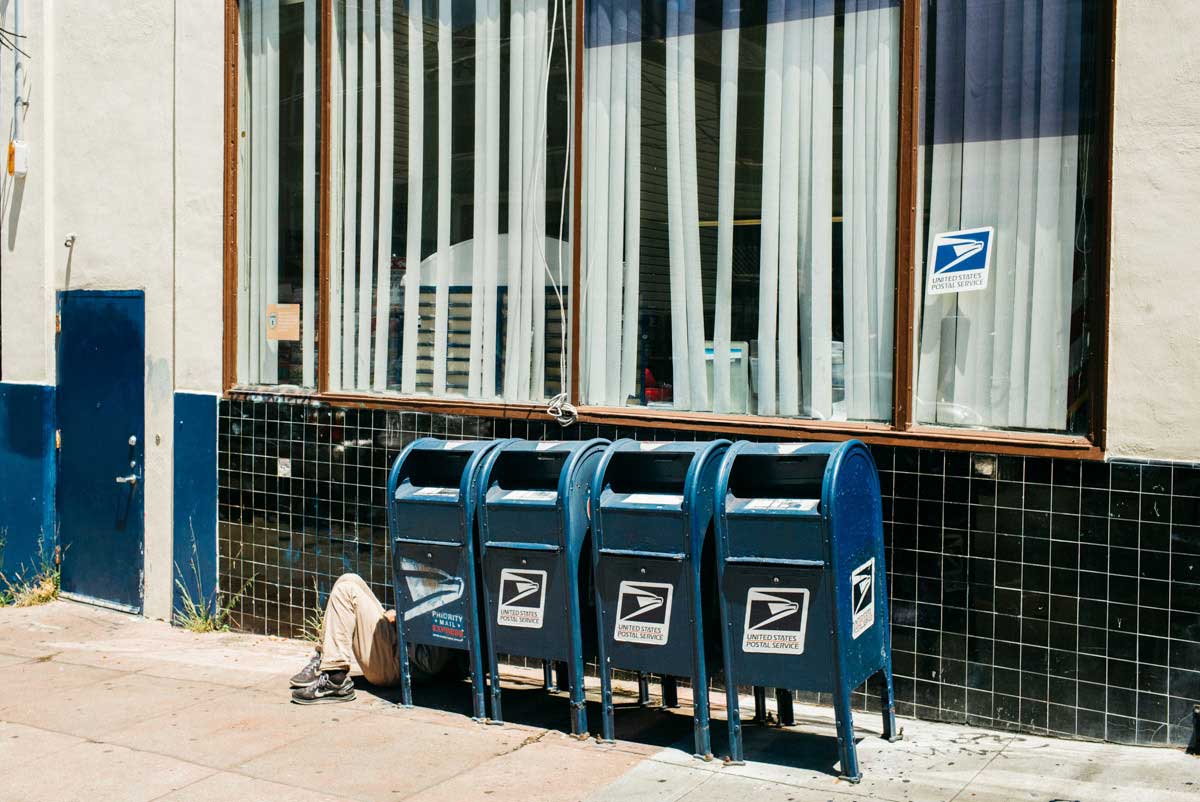 Like many photographers before him, he has chosen to undergo the impossible task of photographing America. He’s often drawn to the neglected and overlooked fragments of the United States. Rather than walking down the main street he will choose the adjacent alleyway in hopes of stumbling upon a mysterious or surprising scene. He has a fascination with the neighbouring country, and the long-expired fantasy of the American Dream.

James’ photographs showcase his personal views and insights to a somewhat familiar land. His pictures touch base on themes of freedom, vulnerability, identity and desires, wrapped within his personal impressions and observations.

James Featherstone is a Canadian photographer and filmmaker. His first documentation of America was when he was 6 years old. He accompanied his father on an epic road tri[ across most of the United States to collect obsidian rock for flintknapping. His father’s interest in Aboriginal cultures drove him to create arrowheads and bows made from raw materials.  Although James was oblivious of what he was doing with the VHS camcorder, the edited film is a strange collection of clips through the eyes of a 6 year old. This adventure planted a seed in James that has so far led to a life of photography, filmmaking and travel. [Official Website] Taxonomie of Fear by Alnis Stakle