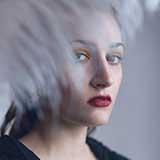 Foteini Zaglara | Cover | Foteini Zaglara is a 1995 born (self)-portrait artist from Athens ,Greece. She has studied at the University of Ioannina, in the department of Early Childhood Education.Her work explores concepts of fantasy and surrealism and photography has given her the opportunity to tell stories and to dive deep into the world of emotions.She has distinguished herself in many photography competitions (1st Greece National Award at Sony Photography Awards 2022) and her work has been exhibited in USA and Europe- 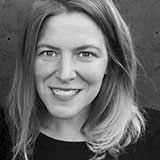 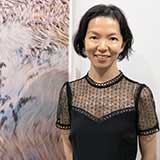 Xuan-Hui Ng | Metamorphosis | Xuan-Hui Ng is from Singapore and currently lives in Japan. She began photographing as a form of self-therapy. She was grieving the loss of her mother, who had been both her confidante and her moral compass. The loss plunged her into a downward spiral until a chance encounter with nature set her on her path to recovery. Its vastness gave her a sense of perspective while its beauty reignited in her a sense of wonder and adventure. It reminded her that life is beautiful, that there is so much to live for and to explore. Ng is represented by Foto Relevance, a gallery in Houston. She has been selected for juried exhibitions at the Griffin Museum, Davis Orton Gallery, Southeast Center for Photography, Texas Photographic Society and A Smith Gallery, in addition to placing at Fotonostrum’s 17th and 18th Pollux Awards. 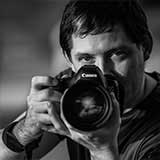 Mike Potts | Underwater | Mike grew up in Pennsylvania and in 2005 moved to Arizona where he’s rarely cold and doesn’t have to shovel snow or cut grass. He graduated from Bucknell University with a major in English and a minor in Chemistry and still wonders what to do with them. He worked at Barnes & Noble for four years and currently pays the bills as a nuclear medicine technologist. This lets him photograph on the side without having to resort to living on ramen and sleeping on friends’ couches. The rest of his time is devoted to various cats (2 indoor and 3 outdoor + the occasional guest as of the time of this writing.) His ultimate dream would be to visit Mars. In the meantime he keeps making pictures. 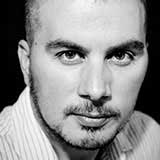 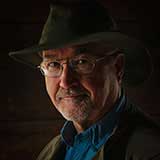 Bob Newman | Shadows of emmett till | Bob Newman is a retired physician, who for the past 15 years, has been working as a professional photographer engaged in long-term projects. His career in medicine, with a practice that served disadvantaged communities, guides his work as a visual storyteller. He is drawn to collaborating with members of marginalized communities to document the challenges they face and the richness of their cultures. He was recently chosen as a Finalist for the 2022 Critical Mass competition.  International Photography Awards (IPA) selected him as Deeper Perspective 2021 Photographer of the Year and as a  Jury Top Five Selection.  He received LensCulture’s Critic’s Choice Award and was named a 2021 Finalist for Photolucida Critical Mass and The London International Creative Competition. Independent Photographer included his images as part of the “2021 Through 10 Compelling Photographs” Retrospective.