From an initially amateurish approach, he decided to attend some technical courses, focusing mainly on aspects that interested me more than others, like the body, the study of lights, the expressiveness.
119135 min

Alessandro Risuleo was born in Rome in 1971 and he was immediately keen on visual communication systems.

After twenty years of experience as both art director and advertising agent, which he developed through working at his agency Visual Creative Studio, he has found in photography means for artistic expression that allow him to express his creativity freely.

His photographs move between the abstract, the pictorial and the hyper-realism. It is a photographic technique taken to the maximum extent of the expressive potential, including the use of light and shadows, the mastery of digital techniques as well as the sensitivity to new technologies.

His projects were exhibited in the 2015 and 2016 editions of the MIA Photo Fair in Milan. Before that, he had performed in various international and national contexts (such as the 16th edition of Lishui International Photographic Art Exhibition in China in 2015, the 2015 Biennale of Photography in Trezzo curated by Vittorio Sgarbi and the 2014 edition in Rome Photofestival, ABIMAD in SAO PAULO in 2017 and the solo exposition Physical Dance Fine Art in Queens Museum of Art in New York City in 2017) and won several awards, including the most recent Bronze in the category Fine Art Nude at One Eyeland 2015, the honorable mention in the category Fine Art – Nudes at the ND Awards 2015 and finally the third place, again in the-Nudes Fine Art category , at the MIFA Moscow International Photo Awards in 2015.

Contamination between the arts

He thinks that the love for the image and Art has always been a part of him because of both his personality and his education that has always moved in two directions: the contamination of languages on the one hand, and the beauty and Art on the other.

He thinks his family has had a rather important part in this. His aunt was a painter, his uncle a sculptor, his father has always had a passion for woodwork and ceramic though not earning a living from that. In a more or less direct way, these figures have influenced him in developing a particularly receptive sensitivity which has always been responsive to everything artistic, being it a vision, an image or a shape. He has therefore mixed together expressive languages since the beginning of his activity, an approach that has encouraged him to have an open mind, as well as to think about the contamination between the arts as one of the recurring themes of his production.

The beginnings between art, photography and advertising

Twenty-three years ago he started working as an art director and graphic designer and he opened his own agency in Rome. Agency still runs. His team and he has always dealt with the image and communication through the image, but it used to be only and exclusively “on commission”: his projects and his ideas were only for his clients.

The inquiry and the use of the photographic language have gradually become familiar tools, especially in the case of advertising campaigns for fashion; his role was to stand next to the camera to direct those who actually had to give form to his work and his ideas: the photographers.

It was only thanks to them, in fact, that his creative ideas could take substance.

As an art director he was, and still are, very demanding: he always asked his colleagues to go further, to experiment, to try new roads, to bring the form to the limit, until, about four years ago, a photographer, a dear friend of him, offered him as a challenge to get behind the camera. So he could give life to his ideas and his vision totally by himself.

After receiving a camera as a gift from that friend, he started to develop his passion for photography, trying to get further from the commercial attitude that he had for so long and fully expressing his creativity. In his photographic work he is no longer bound to the needs of a client’s brief, he cans live out his ideas and his visions freely.

From an initially amateurish approach, he decided to attend some technical courses, focusing mainly on aspects that interested me more than others, like the body, the study of lights, the expressiveness.

His visual imagery takes shape around a concept that has become pivotal in his work: that of the “contamination” between arts, languages and forms. He has always been fascinated by the beauty and the ability to play with the mixtures.

He is a great lover of 360° Art, but he is especially fonds of the one that tells about the body and the human figure.

In his projects he also makes reference to the 19th and 20th century art, from French Symbolism to Pop Art, from the Minimal Art of the Sixties up to the latest Street Art.

In 2013 he even dedicated an entire project to this metropolitan artistic language: it was titled “Human Frames”, where the Street Art mixed with the body image. The body there became the pictorial framework of the street.

What emerges is definitely a kind of photography that is more “built” than “taken” in the traditional sense. Before going behind the camera, he dedicates himself to the study and the planning of the idea. The shooting starts only at the end of a long journey. [Official Website] 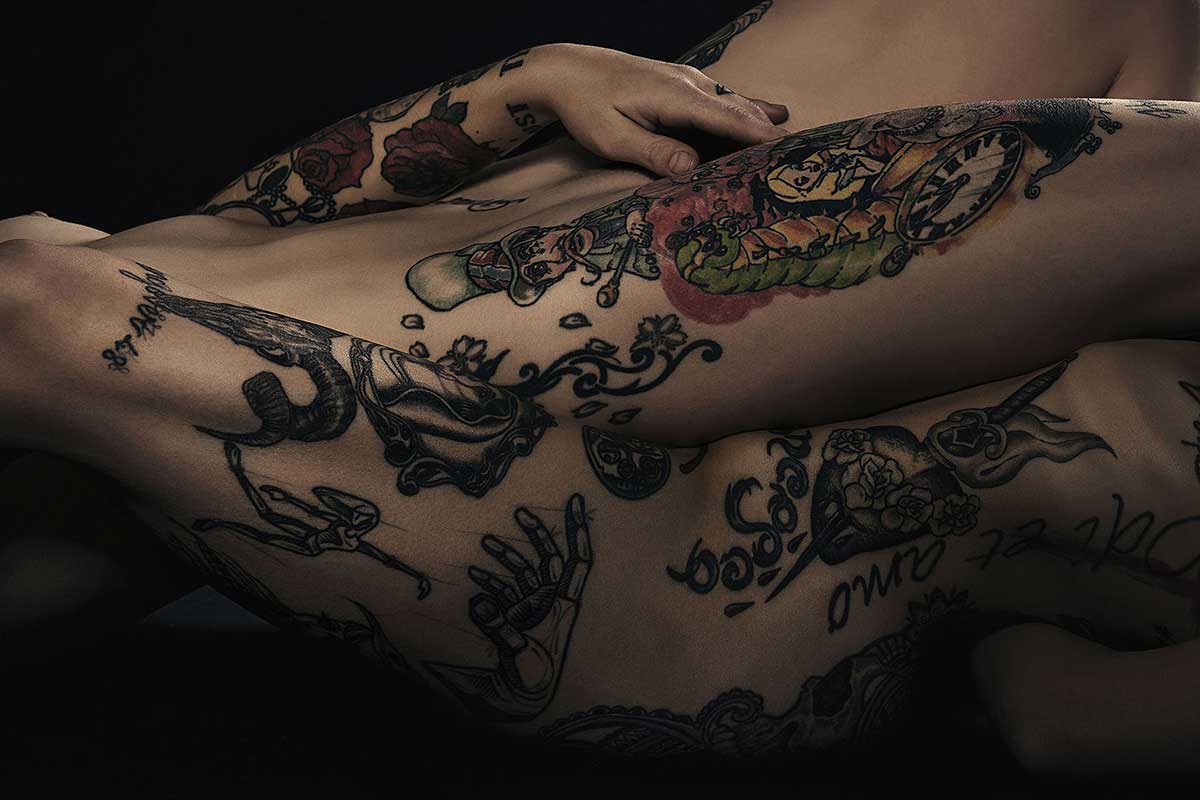