Creativity is like a bolt of lightning, you cannot know where and when it`s gonna hit. From the first moment that I saw my first shibari performance, my mind craved to create scenes that combine the beauty of the city I was in love with and the art form I fell in love with.

This craving, this dream, this vision that was formed in my mind became real when I found two amazing artists who specialized in this Japanese bondage art form,  ZeroGi (rope model) and SamJay (rigger). My creative vision would just be a dream without the secret sauce of our trio. Their amazing skills and beautiful chemistry between them made my job easier most of the time. New York City, where the streets are everyone’s living room, creativity spills over onto the sidewalks and into the parks.  There’s simply no other place most people can afford to be.  Buskers, film crews, skate teams, performance artists of every persuasion, and protesters all sharing space, with a strong need for social expression.  Almost 40 years ago, outlaw artists took their graffiti art from the streets into high-end galleries, and that’s the unutterable hope of street performers, to be someday recognized for their art in a way only the streets of New York offer. It’s no surprise, then, with the iconic backgrounds of the city, the scarcity of private space, and that dream-filled pursuit of social expression, that we’ve taken shibari to the streets.  We aren’t the first, but as yet no one does it quite as we do.

They always ask, how do we take these photos whtout getting arrested. We do regularly interact with the NYPD while shooting. Unlike much of the United States, New York City allows women to be topless in public as a matter of equality. And, it appears that New York City is rather pragmatic in its enforcement. As long as we aren’t doing something obviously dangerous, violent or felonious, NYPD seems satisfied to accept us as yet another group of street performers doing our thing like all the rest. If they get too many calls, they may stick around until we decide to move along. Also, we are fast with the nude shots and careful about timing, duration and how many people are about. We usually pick times where you wuoldn`t see much people around. 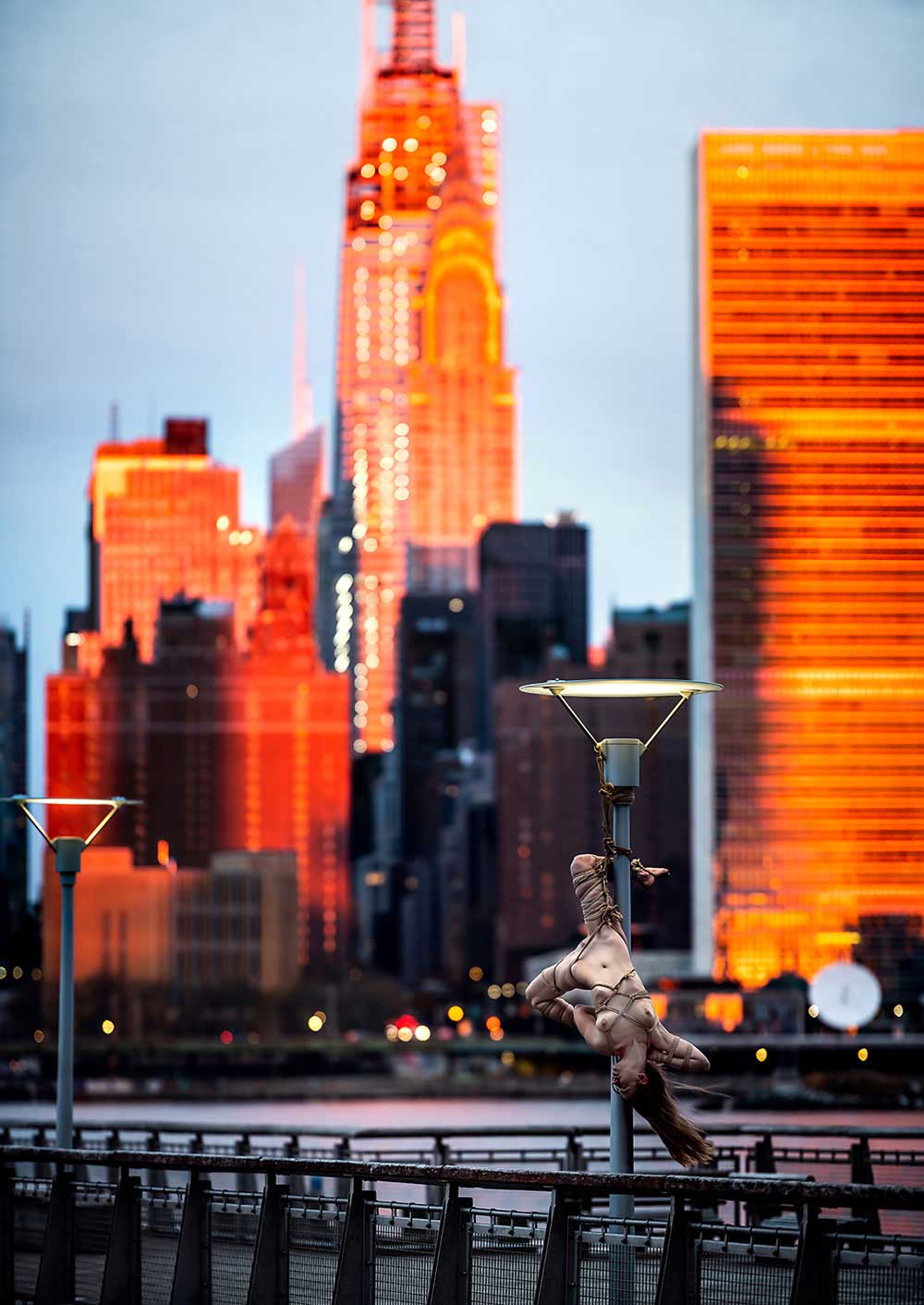 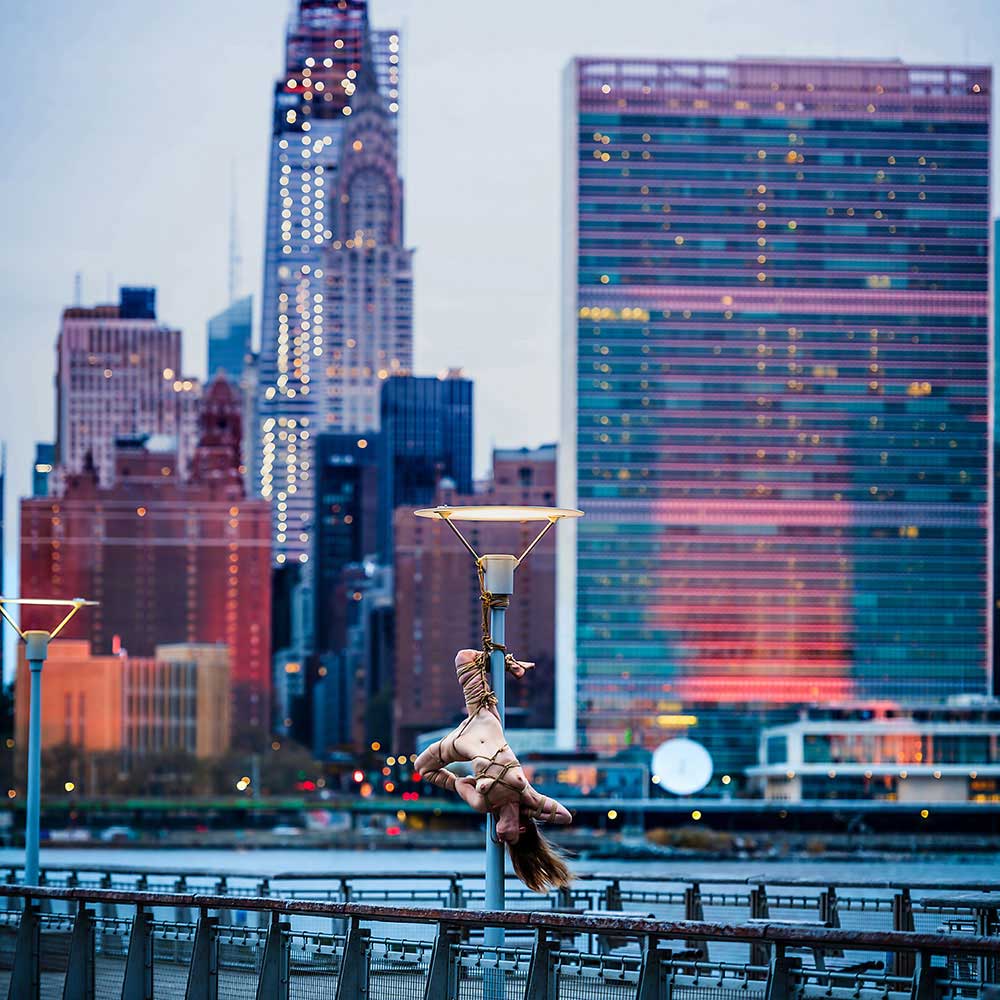